Simon Says... why is this game is so hard for young kids? 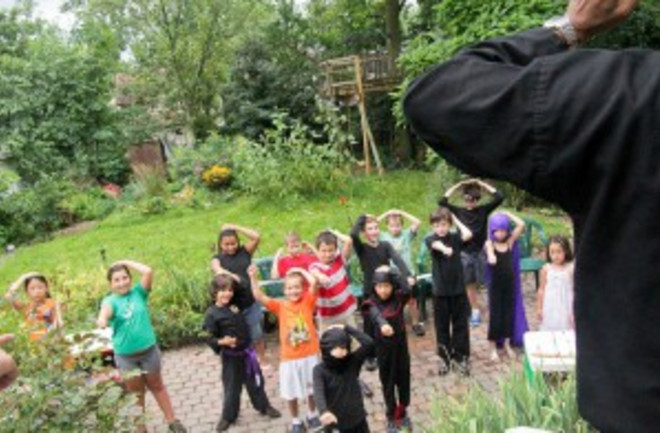 Photo: flickr/stevendepoloIn case you're not familiar with the game Simon Says, it goes something like this: the leader of the game gives commands, while also making accompanying movements (for example, "put your hands on your head"); however, the players are only supposed to act on the command if the leader says "Simon says" first. Anyone who acts when the leader does not say "Simon says" is out, and the last player standing wins. This game is particularly challenging for young children, and these scientists set out to find out why. By comparing, among other things, commands given by one or two people (in the latter case, the kids only had to respond to commands given by one person), they found that the biggest determinant of the game's difficulty is the fact that one person is constantly changing the rules about whether they should be obeyed or not. Simon says... share this with your friends!What makes Simon Says so difficult for young children? "Compared with conceptually similar response inhibition tasks, the game of Simon Says is particularly challenging for young children. However, possible reasons for this difference have not been systematically investigated. Here we tested the relative influence of two dissociable characteristics of the standard Simon Says task: receiving both inhibition and activation commands from the same experimenter and seeing the experimenter perform the movement along with the commands. A sample of 74 children (mean age=55months) were randomly assigned to complete one of five possible tasks. Four of the five tasks were variations of Simon Says involving combinations of one or two experimenters and the presence versus absence of the experimenter's movements. The fifth task was Bear-Dragon, a commonly used executive function task in which one experimenter employed two puppets to give action commands to children. Analyses revealed that children's performance was significantly worse on the one-person Simon Says tasks compared with the two-person tasks and the Bear-Dragon task. The presence of the experimenters' movements alongside their commands did not have a significant effect on children's performance. The requirement to respond to one person who is changing how different rules apply to similar actions appears to be an important determinant of the difficulty of Simon Says for young children. In terms of implications, inconsistency in how an adult applies rules to children's actions may be a detrimental social influence on the development of cognitive control during early childhood." Related content: NCBI ROFL: Children smelling man-sweat… for science!NCBI ROFL: An ecological study of glee in small groups of preschool children.NCBI ROFL: Sex differences in rhesus monkey toy preferences parallel those of children.