Should We Still Trust McCain on Global Warming? 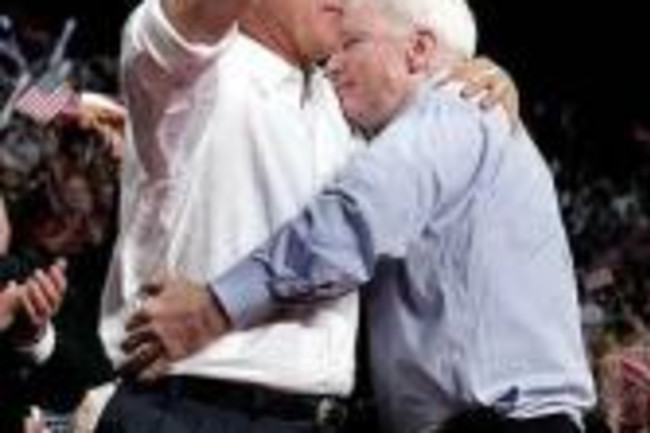 The winner of the Florida Republican primary has been the farthest thing from a straight talker lately.... but still, over at DeSmogBlog I argue that we should credit his record and realize that, while he's more moderate than the Dems, he definitely wants mandatory action to happen--and that's what centrally counts. To wit:

There seem to me to be two fundamental points. One: Anyone who cares about global warming should want McCain to vanquish his Republican opponents in the primaries. If we get McCain versus one of the Democrats in the general election, we'll have two candidates who want strong action (even if their precise stances may differ). Whoever wins in that scenario, we'll be better off in the climate arena than ever before--and we can count on action finally happening. The other fundamental point is this. While McCain's support of nuclear power and his more cautious approach to greenhouse gas regulation each can be criticized, neither rates, in my view, as an irredeemable flaw. Politics is too messy for purism on these matters--and the climate problem too urgent. A McCain presidency would certainly be a great step forward on climate, and given our nation's past history on this issue, well...that's more than a start.

Read my full take on McCain and climate here.