We already have technology that allows wildlife to pass vaccines among themselves, and developing methods may speed up the process. But critics claim that they risk human infections and criminal misuse. 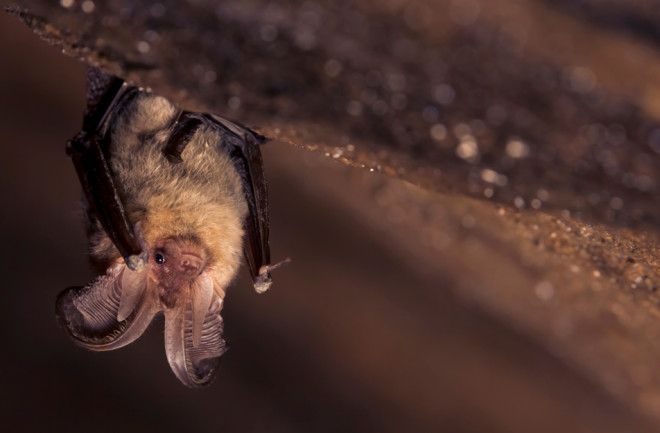 It would probably earn you a few nasty looks if you sent an uncovered sneeze or cough toward a fellow commuter, potentially passing on a cold or the common flu. Within certain animal populations, however, researchers hope that species get nice and cozy in order to pass on specific viruses. These aren’t just any viruses, though: They’re engineered to act as pathogen-fighting vaccines that can jump between individual animals. In the future, they could prove helpful in fending off human pandemics by extinguishing viruses in the wild — before they can reach us.

Currently designed strictly for animal populations, these vaccines are meant to spread in their natural environments without the need to directly apply them one-by-one. This could prevent certain pathogens from spilling over into humans — as is the case with potentially lethal viruses like rabies, coronaviruses and Ebola. While the Ebola epidemic received considerable coverage, it isn’t as widely known that rabies causes around 59,000 deaths annually, with 95 percent of cases occurring in Asia and Africa. Overall, about 60 percent of known infectious diseases reach humans by passing through animals first. When it comes to new or emerging diseases, that portion jumps to 75 percent.

To curb these zoonotic pathogens in people, while also preserving the health of wildlife, researchers are currently developing two types of self-spreading vaccines: transferable and transmissible. The former can be applied as a paste to animal fur, which is spread through close-contact behaviors like grooming. (The paste was previously used to disperse poison in bats and reduce species numbers.) The latter, meanwhile, can be applied orally or through a single injection; after that, it spreads indefinitely through breathing, nursing, intercourse or touch. That makes it easier to vaccinate hard-to-reach creatures like black-footed ferrets, which are highly vulnerable to sylvatic plague.

Several self-disseminating candidates use recombinant vector, or viral vector, technology: Scientists harness a non-harmful virus as a vehicle for the one they’re targeting, similar to the recent COVID-19 vaccines from Johnson & Johnson and AstraZeneca. By inserting some of the targeted virus’ genetic material into the vector, the vaccine can build immunity to the desired pathogen. But any human-oriented shot, recombinant or not, specifically avoids transmission between individuals — despite false rumors that the COVID-19 vaccines “shed” onto others.

For animal populations, though, scientists hope that self-disseminating vaccines safely spread within the intended species. The idea gained traction in the 1990s: Australian researchers proposed self-spreading contraceptive vaccines to keep potentially harmful wildlife populations in check. Scientists in Spain later tested transmissible injections with rabbits to prevent diseases that are common in wild populations. In one 2001 field trial on a Spanish island, the vaccine reached around half of 300 rabbits.

These pioneering studies inspired Scott Nuismer, a computational biologist at the University of Idaho, to sing the technologies’ praises and collaborate with other researchers to develop transmissible vaccines for the hemorrhagic fever-causing Ebola and Lassa viruses. While these technologies remain in the early lab stages, Nuismer says they may provide a superior alternative to current disease control methods like time-intensive traditional vaccine campaigns or depopulation. “The beauty of a transmissible vaccine is that, if it works, it can be used in a way that has no negative impact on the [animal] reservoir,” Nuismer says. “In general, it’s a potentially ecologically safe way to eradicate human disease without messing with the ecology of the broader community of animals.”

Compared to transferable vaccines, transmissible ones can theoretically reach more remote populations at a greater speed — and with a lot less manpower. Still, they may present even greater challenges in the long run.

Given the spreading nature of transmissible vaccines, they may have the potential to mutate or co-infect with other species-adapted viruses in the wild — potentially reaching humans, as claimed by a February 2021 article published in Nature Ecology & Evolution.

But scientists can avoid this problem by using vectors that are host-specific, or solely capable of infecting a single species, says Megan Griffiths, a Ph.D. student at the University of Glasgow who is spearheading work on transmissible rabies vaccines for vampire bats.

Even if the vaccine stays within the intended creatures, researchers need to make sure that it doesn’t inadvertently cause disease within them as it spreads and evolves. That’s another crucial factor in choosing a vector, says Daniel Streicker, a disease ecologist at the University of Glasgow who leads Griffiths’ lab. His team is currently working on both self-disseminating technologies to tackle rabies in vampire bats. The ideal candidates cause symptomless disease, he says. This is commonly the case with betaherpesviruses and cytomegalovirus, another vector being considered for spreading vaccines.

Still, plenty can happen out in the wild. When a piece of a Lassa virus, for instance, is inserted in a vector and released into wildlife, evolution will most likely respond by wiping out that material and reducing the injection’s effectiveness. “It won’t make it do anything scary, it will just render it back to its wild-type state,” Nuismer says. With that in mind, it'll be a challenge to design vaccines that won’t fizzle out too quickly in animal reservoirs. Finding vectors that still infect animals with immunity to that very virus may help, which is called superinfection; a phenomenon that we obviously try to avoid in humans.

To curtail concerns of a self-spreading vaccine becoming too transmissible, Nuismer suggests one with a reproduction number below one — meaning that each infection generates less than one new infection. Unless evolution intervenes, the vaccine becomes unsustainable and will go “extinct” once it’s no longer being actively introduced into the population.

Some experts have pointed to another possible unintended consequence: Whether recombinant vector technology could be used to create bioweapons. This begs the question of whether someone might attempt to forcibly sterilize a population with self-spreading contraceptive shots, or release deadly pathogens to mingle in major cities.

It’s certainly an issue to consider, Streicker notes, but there’s probably more efficient ways to generate bioweapons. “There’s a lot of technology out there which can be misused,” he says. “I don’t think that’s necessarily a reason in and of itself to dismiss technology that could potentially have enormous benefits. We’re talking about potentially eliminating viruses that are killing people from animal populations, with a relatively low investment.”

While it’s important to proceed with extreme caution in developing transmissible jabs, Nuismer says, their spread to additional species presents a more likely threat than criminal applications. A safe path forward will require experiments under “absolutely controlled conditions” to make sure that vaccines can’t reach other species.

How Soon To Expect Them

It isn’t easy to provide a clear timeline for when animal populations around the world may receive self-disseminating vaccines, Streicker says. He sees transferable ones as an intermediate, yet beneficial, step toward their more powerful, yet trickier-to-implement transmissible counterpart. “I think [transferrable vaccines are] going to be able to be applied much earlier and hopefully will set some precedent for making people understand that these things can be safe and effective,” Streicker says.

As of September 2020, around 10 labs were devoting a notable chunk of resources toward self-spreading vaccines. And the U.S. government is betting big on its potential to wipe out zoonotic diseases: The Defense Advanced Research Projects Agency (DARPA), a Pentagon-led research lab, has dedicated $9 million to prevent “spillover threats." Part of these funds go to Scott Nusimer and his collaborators (a group called PREEMPT) to test vaccines that might someday stamp out zoonotic pathogens in the wild. The three-and-half year project, which was announced in 2018, aims to “preserve the health of U.S. troops and communities around the world.”

But while these technologies have been decades in the making, plenty of logistical hurdles remain before they can be widely implemented. In the case of the Streicker lab’s transmissible rabies vaccine, Megan Griffiths says that her team still needs to isolate the vector and check that it can’t infect humans. And even if they can create a shot, it’s unclear how long the immunity will last in bats. To answer these questions, the team will likely set an isolated colony for testing this year and begin trying out transferable vaccines first.

Scientifically speaking, the more practical transferable method isn’t too far off, Streicker says, but regulatory hurdles remain. Within roughly a few years, a small-scale pilot study could ensure that the technology is safe before it can be effectively scaled up for broader use. And if transferable vaccines attain government approval, could they lead the way for transmissible ones? “The more we can do to show regulators that these sorts of approaches can be done safely before anything is being released in the wild, I think that will build up confidence,” Streicker says. “The attitudes towards all these things are changing. That’s not just for transmissible vaccines, but also because of new technologies like CRISPR and gene drives for mosquitos.”

As for the question lingering in everyone’s minds, it’s unlikely that self-spreading jabs, pastes or oral doses would ever be available to humans. Though it could be technically feasible, Nuismer says, the concept raises significant issues regarding ethics and consent. Instead, scientists are staying focused on eliminating possible human pathogens from wildlife, as well as addressing particularly harmful animal-specific diseases. Ultimately, the tech could benefit both us and our animal counterparts.

“It’s really hard, if you have a threatened population of wildlife, to protect them against pathogens that might be doing a lot of harm,” he says. “There’s lots of really interesting applications for this technology that aren’t just human pathogens.”