DNA evidence from archaeological sites pinpoints central Asia as the birthplace of the Black Death. 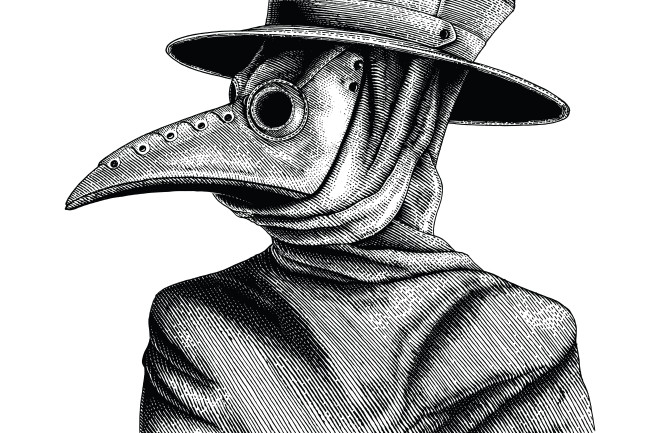 The Black Death decimated the world’s population seven centuries ago, but its origin is still hotly debated. A new study in Nature claims to identify the Black Death’s original strain from 14th century central Asia. It chases a trail of archaeological and ancient DNA evidence and provides a long-awaited origin story for history’s deadliest epidemic.

The Black Death ravaged Europe, the Middle East and northern Africa between 1347 and 1352. While experts debate the exact death toll, they estimate a range from 25 million to 200 million casualties – somewhere between five percent and 40 percent of the world’s population.

Once contracted, the Black Death killed 70 to 80 percent of its hosts – the vast majority of whom died within just five days. Those five days were brutal on the victims.

Even after the initial wave subsided in 1352, the plague continued to rear its ugly head for the next five centuries, periodically decimating cities in its wake.

Despite its monumental death toll, the cause of the Black Death remained a mystery until the late 19th century. In 1894, over 500 years after the Black Death began, scientists discovered that a bacterium called Yersinia pestis caused the plague. This bacterium hopped from rats to humans through blood-sucking fleas.

Fleas bit infected rats and consumed the bacteria, which clogged the flea’s gut and prevented it from eating. The infected, starving fleas entered feeding frenzies, jumping from rat to rat, and left a trail of death and a population of infected fleas in its wake. Once the rat population dwindled, the fleas turned to humans, and the deadliest pandemic in recorded history began.

But when and where did the plague leap from rodents to humans? That question has puzzled researchers for centuries.

To pinpoint a time and place for the origin of the Black Death, researchers turned to 14th century archaeological sites in central Asia. They identified two gravesites in Kyrgyzstan, where tombstones designated victims of the plague from 1338. They extracted DNA from the victims and found DNA from the plague’s bacterium, Y. pestis.

“We could finally show that the epidemic mentioned on the tombstones was indeed caused by plague,” co-author Phil Slavin says in a press release, a historian at the University of Stirling, U.K.

When Y. pestis first leaped from rodents to humans, its genome rapidly mutated and diversified – an event that researchers call the Big Bang. Small changes to the A, C, G and T nucleotides that make up the genome accumulated and eventually led to the Black Death. By looking at the diverse variants of the plague, researchers can determine what the ancestral strain looked like – a strain that the researchers from the report claim to have found.

“We found the Black Death’s source strain and we even know its exact date,” says Maria Spyrou in a press release, lead author and researcher at the University of Tübingen.

The ancient strain that the team identified closely resembles the strains that are found in modern-day marmots living near the archaeological site – a population of marmots that probably harbored idle versions of Y. pestis between plague outbreaks. The similarity between the gravesite and marmot genomes suggests that the victims contracted the bacterium when it had just leaped from rodents to humans.

“This points to an origin of Black Death’s ancestor in Central Asia,” concludes co-author Johannes Krause in a press release, a director at the Max Planck Institute for Evolutionary Anthropology.