Scientists Hope to Discover Watery Planets by Looking at Our Own 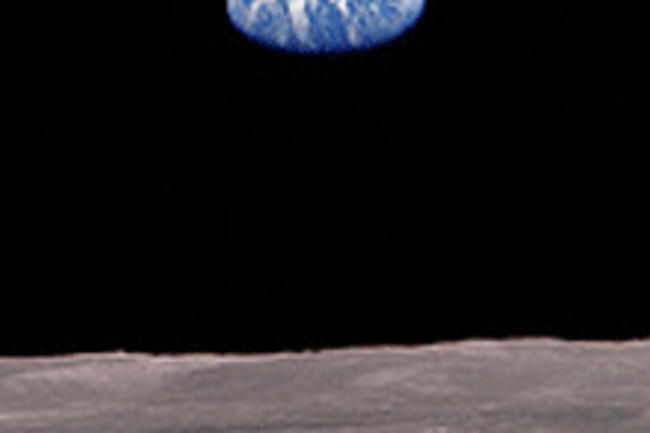 Water is crucial to the only kinds of living things we've ever seen, so the presence of the wet stuff on another planet could be a sign of potential life. Unfortunately, scientists have been unsure how to detect water on distant planets. But the Deep Impact spacecraft has recently given researchers a glimpse of what a wet planet looks like from far away by turning its detectors onto the Earth itself. Essentially, Deep Impact has turned Earth into a case study of a planet replete with water. The spacecraft, which is 30 million miles away, or halfway to Venus from Earth, has shown scientists how overlapping continents and bodies of water alter the way that light of seven different wavelengths reflects off of the planet's surface.

When scientists observed light from Earth twice over a 24-hour period, they found small deviations in colour caused when clouds or oceans rotated into view. The results mean they should now be able to recognise similar fe

The researchers were able to identify key features that could help identify a water-laden planet using telescopes, chemical-analyzing spectrographs and other instruments.... As Earth completed a 24-hour rotation, the change in brightness varied by about 30 percent up and down. The shift is caused by the planet's reflectivity as the sun [alternately] shines on oceans and then continents

The findings will be published in an upcoming issue of Astrophysical Journal. Scientists knew that Earth has a unique appearance from space, but this is the first time investigators have been able to quantify just what gives our home planet--and its oceans--its signature look.

“If you were on another planet, you’d look at Earth and say, ‘That looks like the most interesting planet around that star,’” said Nicolas Cowan... lead author of the study. “Any critter with half a brain can look at Earth and say, ‘That’s the one that looks different.’ The question is how to quantify what it is that makes it look interesting" [Wired].

Deep Impact's main mission is to study comets. In 2005, it launched a missile at a comet called Tempel 1 to study its composition, and the spacecraft is now on its way to visit the comet Hartley 2 next year. But as it travels, the craft has taken on the double duty of making observations regarding exoplanets. Researchers say the information Deep Impact has gathered from its studies of Earth could expedite the search for other planets with water and inform designs for the telescopes of tomorrow. Related Content: 80beats: For the First Time, Astronomers Observe the Phases of a Red-Hot Exoplanet 80beats: Mercury Flyby Reveals Magnetic Twisters and Ancient Magma Oceans 80beats: Astronomers Draw Ever Closer to Finding a Nearly Earth Object