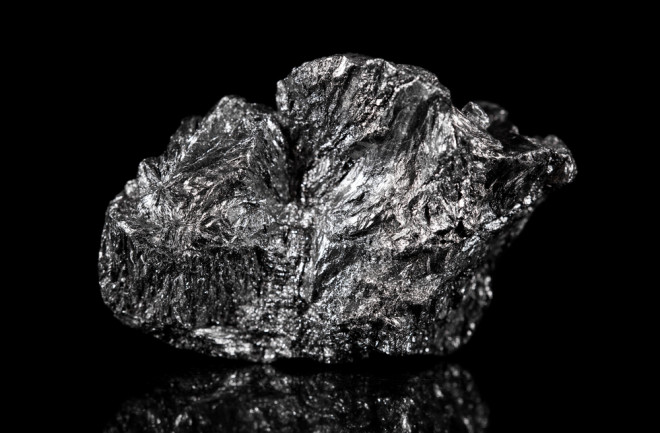 Carbon is, all things considered, pretty great. Its position on the periodic table of elements — which symbolizes the amount of spare electrons it has, more or less — allows it to form an incredible variety of molecules. This includes allotropes, the different forms an element can take on its own based on its structure. Diamond, coal and graphene are all just varieties of carbon.

But that’s not enough for chemists. They want more! And not just to better understand the rules behind how new molecules would actually work, but for practical ones as well, allowing for new materials and applications of this useful element. And now, according to a paper today in Science, a team of researchers in Europe has succeeded in creating a strange new allotrope: an 18-carbon ring that had eluded labs for decades.

Molecule manipulators have tried to find or create carbon rings for over 50 years, but couldn’t ever pin one down. The carbonic compounds proved too eager to interact with other substances — too reactive — for researchers to get a good look. So, the authors of this work tried a new approach.

Instead of generating them outright, the team decided to turn a different readily available molecule into the one they wanted. They’d start with C24O6, and the plan was basically to get rid of those extra oxygen atoms, ending up with an 18-carbon ring, C18. (Why 18? Theory suggests that’s the smallest carbon ring that’s really stable, so it’s a good starting goal for this research. Baby steps.)

To start, the team deposited the C24O6 molecule onto a salty surface, all the better to prevent unwanted reactions. They turned the temperature way down, to just 5 kelvins, or about -450 degrees Fahrenheit. Then, by applying tiny pulses of electrical voltage, the researchers removed pairs of carbon monoxide groups (CO) from the original C24O6. Sometimes it produced C22O4, sometimes C20O2, but occasionally it actually made the 18-carbon ring they were after. Success!

And having finally created a stable version of the thing they could study, the researchers put to rest a long-standing debate about what kind of atomic bonds the carbon atoms within such a molecule would share. The ring is made up of alternating triple and single bonds, known as a polyynic structure, the researchers found. Amazingly, they confirmed this by studying how the molecules looked. They literally compared photos of the individual collections of atoms to expected theoretical models. We live in cool times.

So, what’s so cool about rings in the first place? In a word, potential.

“The discovery of fullerenes, carbon nanotubes, and graphene,” the authors write, “has sparked a new field of synthetic carbon allotropes.” But the carbon atoms in these each link up to three other carbon atoms. Imagine the new world of possibilities available to engineers if they could synthesize an entirely new family of carbon, using atoms that link up to just two other carbons. Such molecules would form into rings, so scientists call them cyclocarbons.

That means the creation of an 18-carbon ring represents the first step into a potentially new realm of carbon creations. As the writers put it, “Our results provide direct experimental insights into the structure of a cyclocarbon and open the way to create other elusive carbon-rich molecules by atom manipulation.”

With any luck, good ol’ versatile carbon may soon help us live in even cooler times.