By Amy Sterling Four years ago a citizen science game called Eyewire hatched from Seung Lab, then at MIT and now at Princeton. Its goal was to pair up gamers with a challenge that has been bottlenecking neuroscience for decades: mapping the brain. Over the years the project grew. Hundreds of thousands of people helped, enabling new discoveries and stunning visualizations of neurons.

Science Heroes at Work Credit: Zoe Gilette After years of work, Mystic, the first Eyewire expansion pack, will go live on June 30 and be open to any qualifying Eyewire player. Mystic teleports players across brain dimensions; specifically, from the mouse retina world of Eyewire to the hindbrain of a larval zebrafish, that we’re going to call zfish for short. We’re mapping a region similar to the brainstem in humans. It’s an important junction in motor control containing cells called “integrator neurons” that transform signals related to movement. Zfish are small animals, widely studied for two reasons. First, when zfish are in their young larva state, they are transparent, allowing researchers to see neurons through living tissue. Second, there is a large “mutant database” allowing researchers to study what is different when certain genes or cells are altered. Since Eyewire’s launch in late 2012, gamers have been reconstructing neurons from a mouse retina at nanoscale precision by solving puzzles. The pieces to those 3D puzzles were generated by AI (artificial intelligence) using methods to volumetrically segment a serial stack of images. Eyewire has lived at the intersection of human and artificial intelligence since the beginning, so it’s fitting that the next chapter comes alongside an advancement in AI. In Mystic, the human-machine collaboration expands, allowing players to directly throttle a threshold of an AI named Msty, whose name derives from “Mean Spanning Tree,” a method of determining whether neighboring 3D supervoxels belong together. By throttling up and down, players adjust how quickly — and recklessly — the software automatically maps branches, allowing for intricate cooperation between humans and machines to solve big problems. The Mystic dataset is 3.3 times higher resolution than Eyewire — each pixel is 5 nm— and unlike Eyewire, these new images reveal intracellular structures like mitochondria and vesicles. Also unlike Eyewire, the Mystic volume contains functional data gathered by Emre Aksay and team from Cornell University. Using two-photon calcium imaging, they were able to reveal the firing patterns of live integrator neurons. Next, Mystic scientific lead Ashwin Vishwanathan used an electron microscope to image in high resolution the same volume of brain that was previously functionally imaged in lower res. After aligning the dataset and training AI on it, the next step is synapse-resolution reconstruction achieved with the help of citizen scientists around the world. “There are two goals of this study,” says Vishwanathan. “One is to chart all the synaptic partners of cells that are responsible for encoding the eye-position, and two is to classify and identify potential new cell types.” Many of the neurons in this part of the brain are uncharted. And there is much to explore. We estimate that there are 1,000 yet-to-be completed neurons in Mystic, a full 1% of a zfish’s nervous system. The Mystic expansion marks the first time a new dataset has become playable within Eyewire. 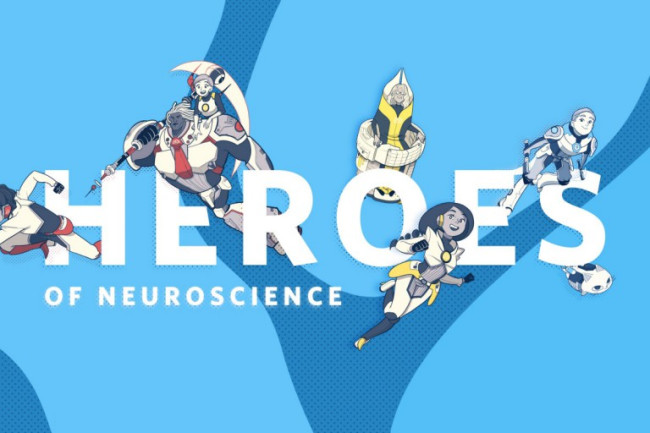 Image by Hyunah Choi, Karyll Catubig, and Alex Norton Despite advances in AI, reconstructing these cells is still far too complicated for a human or a machine to do alone. The pairing of human insight with speedy machine performance is illustrative of the broader machine learning ecosystem: machines augmenting the insight of their human counterparts. While hundreds of thousands of science project participants is far from insignificant, large-scale games these days often have millions of active users each month. I think more gamers would want to help citizen science projects if only they knew about them. In the hopes of spreading the love for science over the years at Eyewire we’ve drawn inspiration from narratives in games that tap into the human brain’s predisposition for story. We’ve expanded beyond brain visualizations and into game visualizations, bringing to life the Heroes of Neuroscience. This motley crew of supergamers, inspired by the players themselves, goes on adventures in the game, accompanied by story and art. In many cases, they encounter fantastical creatures from worlds unknown. Adding narrative to citizen science is a growing trend. Wildly successful new projects like Sea Hero Quest and EVE Online’s Project Discovery weave tales of adventure and purpose into motivation for users to play their games. The human brain processes narrative differently than facts, and some researchers hypothesize that we evolved neural mechanisms specifically for story. Unfortunately, both within citizen science and beyond, scientists don’t often present their results in the form of an enrapturing journey for knowledge. Perhaps we could all learn from the quests of games to reach more people. In the case of Mystic, the story of the Heroes of Neuroscience gains a new chapter, published at story.eyewire.org. Inspired by the science, the heroes diligently work to further AI and other cutting edge technologies in order to advance humankind’s understanding of the brain. 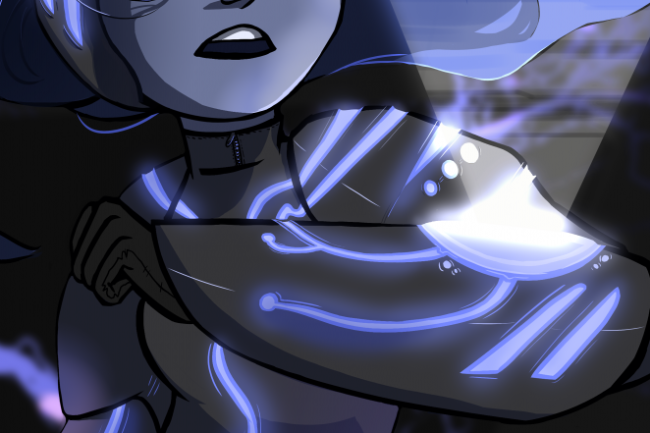 Daniela Gamba for Eyewire Though fanciful, the Heroes aren’t just imaginary. The players are the heroes of this broader scientific story. Take Gary Heil for example. This Eyewire player has gone above and beyond the call of gaming. Gary created the Scoutslog, an in-game tool crucial for advanced gameplay. For years he has used the Eyewire API to script helpful add-ons in the game, even creating a special zone for Mystics. Other players help us beta test or provide helpful feedback on potential new features. And all people who play push science forward. Public participation in science has traditionally been bounded by learning about discoveries after they’ve happened. Thanks to the web, much of that is changing, though it can still be a challenge to get a seat at the table where breakthrough discoveries are made. Citizen science is still early in its quest to break the barriers of science, and it will be years and perhaps decades before we see just how big of an impact it will make. One thing, at least, remains certain now. Science is and has always been an exciting story. We at Eyewire are honored and excited to invite anyone with an internet connection, anywhere in the world to help us write the next chapter by playing Mystic.

Amy Sterling is the Executive Director of EyeWire, a game to map the brain played by a quarter million people worldwide. Sterling has advised The White House OSTP and US Congress on crowdsourcing and she is a leading catalyst of neuroscience visualization, from interactive web to virtual reality. Want more citizen science? Check out SciStarter's Project Finder! With 1100+ citizen science projects spanning every field of research, task and age group, there's something for everyone!