Science Books to Read Next: The Hidden Threat of Kissing Bug Disease and the Climate Costs of Staying Cool

Learn about a little-known disease that affects 300,000 people in the U.S. alone — or catch up on the science and history of air conditioning and refrigerants. And don't miss a podcast series about what wildfires mean for the West and beyond. 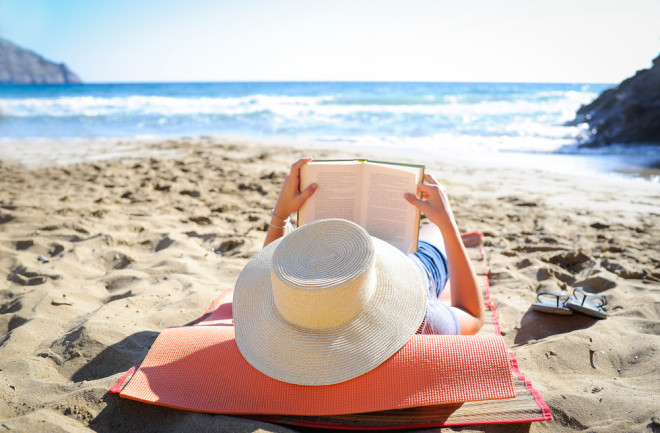 This article appeared in the July/August 2021 issue of Discover magazine as "What We're Reading." Subscribe for more stories like these.

The Kissing Bug: A True Story of a Family, an Insect, and a Nation’s Neglect of a Deadly Disease

When journalist Hernández was growing up, she watched her aunt suffer from a chronic illness. For a while, no one knew what was happening, but her family tried everything they could to get answers. After a desperate hospital visit, one specialist landed on a diagnosis: Chagas, or kissing bug disease.

This parasitic infection, which is carried by the quarter-sized, blood-sucking kissing bug native to the Americas, afflicts at least 300,000 people in the U.S. today. But it hasn’t garnered nearly as much attention as other viruses like Zika, which is also carried by insects, and impacts a handful to a few hundred people every year. The full scope of Chagas infections is unknown, but it predominantly impacts those struggling with larger systemic issues. Rates are overwhelmingly high among Latin American immigrants, many of whom live in poverty and have limited or no access to healthcare.

Hernández thrusts the reader into her own frustrations and grief as she grapples with her aunt’s death and her personal quest to unravel the legacy of Chagas. She travels across the U.S. and Latin America to meet professionals who have studied the disease and worked to document its spread. And she traces the lineage of medical racism in the U.S., which often leaves communities of color to fight diseases without support, even long after they’re eradicated from white communities.

Hernández strikes a difficult balance between medical mystery, memoir and hard-hitting analysis. While this nuanced and timely take exposes a disease that silently harms hundreds of thousands, it also serves as a prescription for change in our public policies and health care system. — Jennifer Walter

After Cooling: On Freon, Global Warming, and The Terrible Cost of Comfort

In 1985, scientists reported a massive hole in the ozone layer above Antarctica. One of the main culprits was a class of compounds called chlorofluorocarbons, or CFCs. These compounds were released mainly by a cooling substance called freon, which has been used for decades in refrigerators and AC units.

But the story of this once-ubiquitous substance, and our desire to control the temperature on a hot day, doesn’t start or end in 1985. Wilson’s research spans decades of history, from the makeshift labs of eccentric inventors to green energy companies buying up old cans of freon to dispose of them safely.

Even though freon production and importation was banned in the U.S. in 2020, some reserves still remain in areas across the country. Wilson deftly tracks freon’s impact, and the trail it left behind, in an expansive, smooth-flowing saga. The story offers a lens to understand how our comforts alter the planet — and might even make you think twice about turning on your AC on a steamy day. — J.W.

Wherever there are humans, there is fire; it’s a relationship we can’t escape. And with historic fire seasons sweeping the American West in recent years, I’ve been craving a podcast that puts this relationship in perspective. Fireline host and University of Montana professor Justin Angle unravels the layered story of how fire has transformed our lives, from the moment our ancestors first discovered how to cook to the future of blaze management in an era of global warming. The result is an immersive, people-centric look into the lives of those battling and researching this inescapable element. — J.W.