Science and the World Economy

What determines the rate of scientific 'growth'? 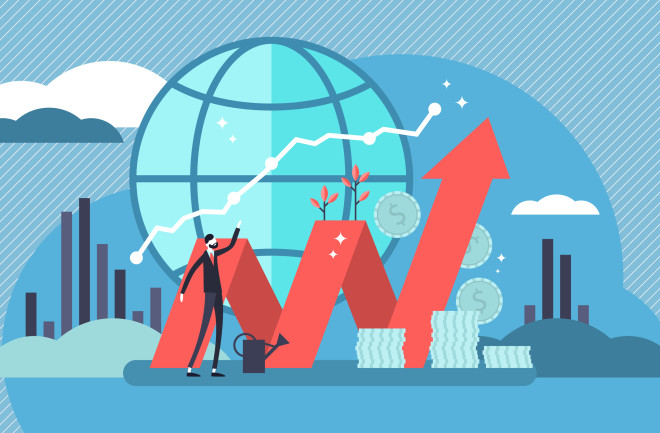 Back in 2012 I discussed the relentless proliferation of scientific papers. I noted that the number of new papers being published every year seemed to be growing at a rate of roughly 4% per year, on average. By my count, the annual growth rate had never been below 2% since 1997.

I did this by looking at the number of new papers added to PubMed each year. PubMed indexes biomedical research papers. While it doesn't cover all of science, it's probably a good proxy for science as a whole.

I decided to update this analysis for 2020, and I found something surprising: the acceleration of PubMed publications seems to have slowed sharply in about 2015.

Here's the number of papers published each year for 2000 to 2019. There's a clear change in the slope of the curve at 2015, when growth slowed, although it seems to have recovered in 2019.

If we look at the year-on-year increase, we can see the same thing more clearly: 2016, 2017 and 2018 were all relatively slow years. Although the rate of new papers was still growing, the growth was the slowest for 20 years:

What could have caused this cooling-off in the world scientific growth? Well, we can't know for sure.

But that said, it would be tempting to draw a link between the 2016-2018 scientific cool period and the Great Recession of a few years earlier. The global economic slowdown presumably led to a reduction or freeze in science funding.

Just for fun, I took data on global economic growth (GDP per capita year on year) 1961 to 2018 and correlated this with the year on year PubMed paper growth. This indeed revealed a positive correlation, especially when the GDP data were lagged by one year:

In other words, economic growth seems to predict scientific growth.

However, I should stress that this isn't a rigorous analysis. Correlating two time-series is the road to madness (see my criticism of studies that do this). In this case, I think the correlation might be real, but I can't make any strong claims.