Science Adviser to the Stars: Q&A with Kevin Grazier 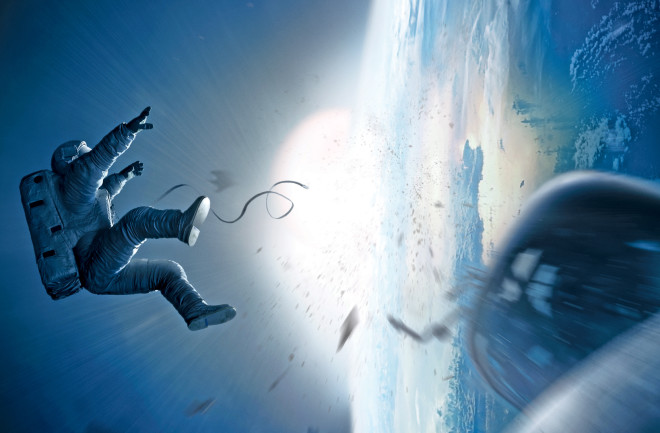 When Alfonso Cuarón’s astronauts-adrift epic Gravity arrives in theaters Oct. 4, it will be grounded in science, thanks to Kevin Grazier. The planetary physicist is well-known to fans of Syfy’s Defiance and Battlestar Galactica, and TNT’s Falling Skies, as the science adviser who helps give authenticity to sci-fi adventure.

Grazier spent 15 years at NASA’s Jet Propulsion Laboratory as investigation scientist and science planning engineer for the Cassini-Huygens Mission to Saturn and Titan. He’s currently penning Hollyweird Science with co-author Stephen Cass. The book, due out in 2014, will cover studios that got the science in their sci-fi right. Still an active researcher focused on computer simulations of solar system dynamics, Grazier told Discover Associate Editor Gemma Tarlach that Hollywood is less a shark tank than a sandbox full of smart kids.

Discover: How did you start working as a science adviser in Hollywood?

Kevin Grazier:I’m a blend of right brain and left brain, and I got into this with my right brain. When I was at grad school at UCLA, Paramount would still take unsolicited scripts. My buddy and I sent one in for Star Trek: Voyager, and seven months later I got a call from the executive producer’s assistant to come pitch stories. Through that opportunity, I met with people like Bryan Fuller (Dead Like Me) and Michael Taylor (Battlestar Galactica).

D:Do you find yourself often at odds with writers who want to put scientifically implausible things in the script?

KG:The writers come in having done their research, but sometimes it’s hard for non-scientists to grasp all the implications. Science can get in the way of a good story if you let it, but good writers don’t let it. There’s a saying in Hollywood about playing in your sandbox. When you give constraints, some writers look at it as stifling, as suffocating: You’re building walls around their sandbox and trapping them. Other writers write on the walls you’ve erected around them and find ways to work with the story. Science can be enabling. Sometimes science is more out there and cooler than what the writers might have thought. It can be liberating for them when you show them, “Actually, it would do this.”

D:Oh, come on, no screaming matches? No stereotypical nasty Hollywood egos to contend with?

KG: The science adviser is not a copy editor. There’s no guarantee they’ll listen, but good writers are very keen to listen to what you have to say.

D: Which do you prefer, working on TV series or movies?

KG: I prefer TV to movies because movies are a one-off. Your work is often done early on in production, on your own. On a TV series, you’re part of a team, you get to know people and make friends.

D:Was Alfonso Cuarón one of the writers who did his research?

NB: Absolutely. He’d done a lot of work already and wanted to get everything right. He wanted to know details down to which direction the toggle switches would flip.