The company that makes OMO washing machine detergent wanted to have a fun ad showing how it's OK for kids to get dirty. They commissioned JOOheng Tan, an award-winning sand sculptor, to make three huge backdrops for the ad campaign, showing the imagination of kids at play. Why am I writing about this? Because the backdrops they chose for the ad show kids being an astronaut, an archaeologist, and a physicist: 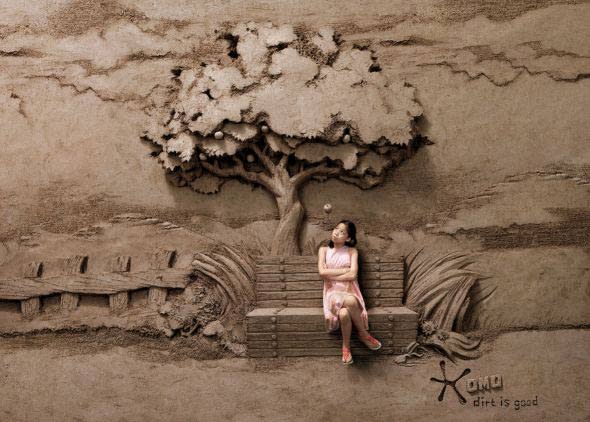 See the apple falling near her head? I missed that at first in the small image, but it's obvious in the bigger one. Very cool. Ads of the World has more info and more pictures, too. They're wonderful, so go look. They also made a lovely time lapse video showing the making of the sand sculptures and the kids playing.

Tip o' the shovel and pail to This Is Colossal, which has more background on all this too.