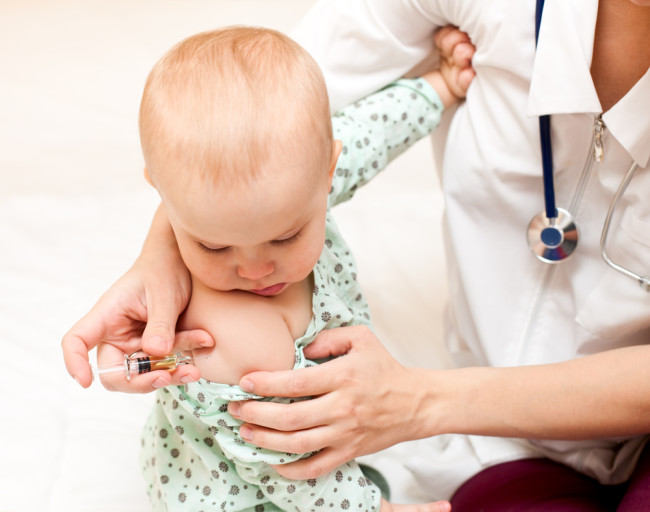 Whooping cough is staging a comeback. According to the CDC, 2012 saw nearly 42,000 pertussis cases

—the most since 1955. Many public health officials initially believed the epidemic was due to falling vaccination rates. But a new study published this week in Pediatrics

shows that the problem is also due to serious shortcomings of the vaccination itself. Beginning in the mid-1990s, the U.S. began using a new pertussis vaccine that showed fewer side effects. Instead of injecting killed Bordetella pertussis bacteria to provoke an immune response, the new acellular vaccine only contains certain proteins from the outer layer of the bacterium. The acellular vaccine was less likely to cause fever and pain at the injection site. Initially, all looked good until scientists began noticing that even properly vaccinated individuals were becoming ill. A closer look at their vaccination histories revealed that many of these people had received the newer, acellular vaccine. Researchers at the Northern California Kaiser Permanente Vaccine Study Center, led by Nicola Field, decided to look at this phenomenon more carefully. Using data from Kaiser Permanente members, the researchers studied 1037 individuals born between 1994 and 1997 who had received four pertussis-containing vaccines by age two. Some of the adolescents had received all four doses of the old vaccine as children, some received all new vaccine, and some received a mix of both vaccines. Among this group the researchers recorded 138 confirmed cases of pertussis during an outbreak of the disease in California in 2010-2011. The children who received four doses of the acellular vaccine were 5.6 times more likely to have contracted pertussis than children who had received only the older vaccine. Those children who received a mix of vaccines were 3.7 times more likely to have pertussis. And the more doses of the acellular vaccine, the higher the pertussis risk. These results are supported by other studies that have found significantly higher risks of infection with the newer, acellular vaccine. Researchers believe that the older vaccine likely provided better protection—and with it, increased side effects—because it stimulated the immune system with the entire array of proteins on B. pertussis, rather than just the handful of proteins found in the new vaccine. Although the newer vaccine does appear to provide protection against more serious forms of pertussis, researchers are beginning to contemplate the need for a newer, better pertussis vaccine.

For more on this topic, see our March feature "The Broken Vaccine."