Once again, astronomers may be close to unraveling one of the universe’s oldest mysteries. And this time, they’ve learned from their mistakes. 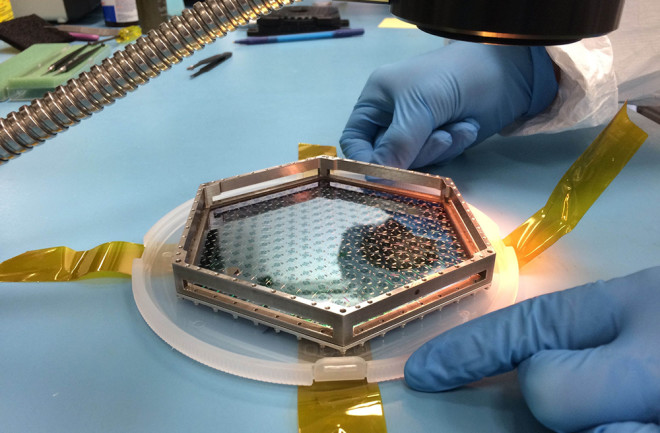 Stories about science often suggest a process of steady advancement — a direct path from hypothesis to revelation. Yet it rarely happens that way. The road to progress is typically strewn with false starts, wrong turns and other miscues — as a group of astronomers and physicists known as the BICEP2 collaboration recently found out.

The experience was disappointing for the team behind BICEP (Background Imaging of Cosmic Extragalactic Polarization). But ultimately “the scientific process has worked,” claims John Kovac of the Harvard-Smithsonian Center for Astrophysics (CfA), who led the experiment. He and his colleagues understand where they went wrong two years ago and are now conducting follow-up observations for signs of gravitational waves from the Big Bang, produced some 13.8 billion years ago. (These are different gravitational waves from the ones detected this year by the Laser Interferometer Gravitational-Wave Observatory, which originated from the mergers of black holes).

The competition is heating up, too, with parallel searches underway at the South Pole Telescope (SPT) next door to BICEP, plus a host of observatories in Chile. Plans to extend the search into the Northern Hemisphere are also proceeding. “We know what is needed to make progress,” Kovac adds. “People are excited, perhaps more so than ever.”

We’re on the verge of a new era in physics and cosmology once again — but this time, the excitement is tempered with a sense of humility and a demand for heightened, unassailable rigor.

The cosmic microwave background (CMB) consists of residual light from the Big Bang that permeates all space. The photons comprising this almost-uniform radiation background are the universe’s oldest, having journeyed nonstop for nearly 14 billion years.

The CMB offers a powerful way to study the cosmos, and astronomers have scrutinized it with steadily mounting precision ever since its discovery a half-century ago. The results have been consistent with “cosmic inflation,” a 1979 theory positing that the universe underwent a brief period of explosive growth in its earliest moments after the Big Bang. This violent expansion supplied the driving force behind the Big Bang, laying the foundation for the galaxies and other celestial structures we see today.

But scientists want proof. Theorists predict that the inflationary burst would have unleashed gravitational waves that would, in turn, leave an imprint in the CMB’s light taking the form of a faint, swirling pattern called B-modes. This is the telltale signature of inflation that astronomers now seek — and that they had thought, initially, they’d found two years ago.

The measurement, however, is extremely challenging: Investigators look for tiny variations in the CMB, on the order of 1 part per 100,000. Our views of the Big Bang’s vestigial light, moreover, are obscured by sources from our own galaxy: the aforementioned dust and so-called synchrotron emissions from cosmic rays.

Astronomers need to map out these “foreground” sources in excruciating detail to separate them from useful signals. The BICEP group’s current strategy is to employ multiple telescopes tuned to various frequencies of light — in this case 95, 150, 215 and 231 GHz — whereas the BICEP2 results unveiled in 2014 were based on measurements at just one frequency, 150 GHz. “By measuring at different frequencies, you can see what gets brighter at higher frequencies [dust] and what gets dimmer at lower frequencies [synchrotron radiation],” explains Kovac. “What stays uniform is the CMB itself.”

Today’s enhanced BICEP search uses five additional linked telescopes, each comparable to BICEP2, located at the Keck Array a couple of hundred yards away. The telescopes continuously move back and forth over the same small patch of sky, looking for minute deviations from average. More detectors means more data, which, in turn, leads to a greater ability to discern subtle patterns.

The BICEP and neighboring SPT projects benefit from sharing the same building and a common view. Both telescopes focus on the same small region of sky, making it easier to compare results. Because the SPT is much bigger than the BICEP2 telescope — 10 meters in diameter versus about a quarter-meter — it is better at rooting out signals unrelated to gravitational waves. The BICEP team can use this information to subtract the foreground and home in on their main quarry, primordial B-modes.

The SPT will see an upgrade from 1,600 to 16,000 detectors later this year, and its data will complement that from the BICEP and Keck arrays. “Pooling our results makes both searches more powerful,” says University of Chicago astrophysicist John Carlstrom, who heads the SPT effort.

As in real estate, location is all-important in astronomy. Most experts regard the South Pole as the world’s best spot for ground-based CMB observations. The extraordinary cold makes the atmosphere the world’s driest, and hence easiest to see through. But since the BICEP and SPT teams target just 1 percent of the sky, other vantage points could help confirm an inflationary B-mode sighting.

“The lesson we learned from BICEP2 is that if you claim a primordial B-mode detection from one patch of the sky, you need to look at another patch of sky,” says Meng Su, an astrophysicist at MIT and the CfA. “If you get the same result from two different patches, two different telescopes, and two different foregrounds, then it’s much more convincing.” While this approach is standard in astronomy, new facilities capable of performing such a cross-check are just starting to become available.

The last rays of sunlight cast a glow on the South Pole Telescope (right) and BICEP3. | Steffen Richter/vagabonpix.com

To this end, several telescopes are scouring the CMB from lofty perches in the Chilean Andes. That’s a good start, but the ultimate goal — full global coverage — will require Northern Hemisphere telescopes, too. Su is pushing for a new CMB observatory in the high Himalayan plateaus of Tibet (at elevations of 16,000 to 20,000 feet). Astronomers are also exploring the possibility of a CMB facility at Greenland’s Summit Station, located atop a 10,000-foot-high ice sheet.

Full-sky coverage is a priority, explains Johns Hopkins University theorist Marc Kamionkowski, “because if we see a gravity wave signal from the South Pole, we should be able to see it in all directions, from anywhere on the globe that affords us a clear window.”

Research images show the elusive B-mode signal (at left), only after subtracting the significant noise of background galaxies (right). | ESA/Herschel/NSF/SPT

The SPT’s Carlstrom, meanwhile, is actively promoting the so-called “Stage IV” experiment. This U.S.-led initiative aims to coordinate global efforts and drastically boost the sensitivity of the best ground-based telescopes in Antarctica and Chile by installing up to 500,000 detectors in total, distributed among the different sites and at planned future sites. The goal, short of an outright discovery, is to set tighter limits on the strength of the gravitational wave signal. If Stage IV plans succeed, Carlstrom says, astronomers will either see gravitational waves within a decade or realize inflation might be more complex than initially thought.

Kamionkowski is elated that we are now “within striking distance” of an actual primordial gravitational wave sighting. The precision measurements will tell us a lot about inflation itself — a theory of what “set the Big Bang in motion,” as he puts it. And we might soon learn what set inflation in motion in the first place. “By narrowing the range of inflation models so dramatically,” Kamionkowski says, “maybe in the coming years we’ll have an answer to that question.” It would be one of the biggest cosmological triumphs of all time — and presumably, this time the results will stick.