Republicans are more easily grossed out than Democrats. 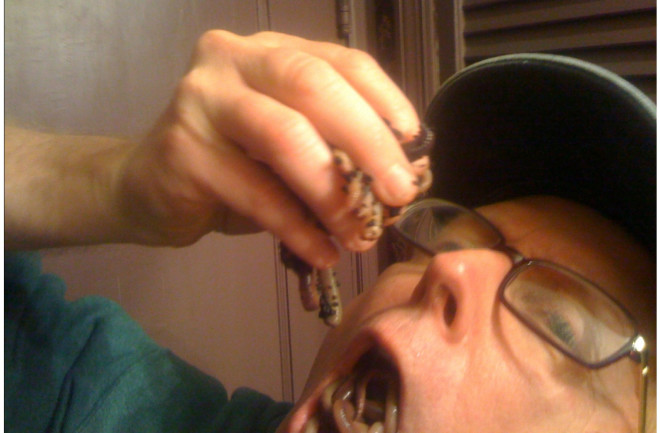 Figure 1. Sample of Type of Image Rated to be Disgusting.This is an image similar to one of the actual image types rated as disgusting by the raters. The actual images used in the study are from the International Affective Picture System (IAPS) collection and cannot be reproduced in a publication. This image is modeled on an image in the IAPS collection of a man eating worms, but the man in this picture is actually one of the authors of this article. People react very differently to disgusting situations than to other daily life events, and it's thought that this may have evolved as a way of protecting ourselves from parasites. But such hard-wired responses also have far-reaching effects on modern life. For example, this paper suggests that differences in disgust responses may influence one's political affiliation and views on gay marriage. Be sure to read the caption for Fig. 1 (left). Gross!Disgust sensitivity and the neurophysiology of left-right political orientations. "Disgust has been described as the most primitive and central of emotions. Thus, it is not surprising that it shapes behaviors in a variety of organisms and in a variety of contexts--including homo sapien politics. People who believe they would be bothered by a range of hypothetical disgusting situations display an increased likelihood of displaying right-of-center rather than left-of-center political orientations. Given its primal nature and essential value in avoiding pathogens disgust likely has an effect even without registering in conscious beliefs. In this article, we demonstrate that individuals with marked involuntary physiological responses to disgusting images, such as of a man eating a large mouthful of writhing worms, are more likely to self-identify as conservative and, especially, to oppose gay marriage than are individuals with more muted physiological responses to the same images. This relationship holds even when controlling for the degree to which respondents believe themselves to be disgust sensitive and suggests that people's physiological predispositions help to shape their political orientations." Related content: NCBI ROFL: Democrats and Republicans can be differentiated from their faces. NCBI ROFL: Republican women look more feminine than Democrats. NCBI ROFL: What does the Tea Party movement have to do with anal eroticism? NCBI ROFL: Dirty liberals! Reminders of physical cleanliness influence moral and political attitudes.