Some species are evolving far more quickly than Darwin ever imagined. 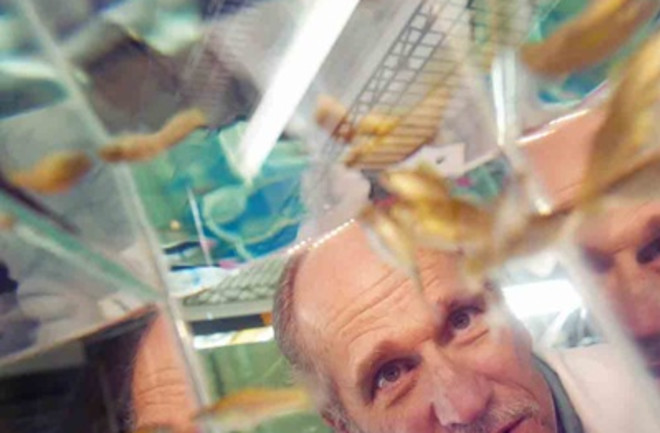 As a graduate student in the late 1970s, David Reznick set out on a modest quest to test a key part of the theory of evolution. Reznick wanted to examine Charles Darwin’s concept of the struggle for existence — specifically, how predator-prey interactions shape the evolution of new species. Enthusiastic and ambitious, he intended to do it in the wild. “I wanted to watch evolution happen,” says Reznick, now an evolutionary biologist at the University of California, Riverside.

So in 1978, he flew to Trinidad in search of guppies. Armed with a topographic map traced onto a piece of notebook paper, he headed into the Caribbean island’s rugged Northern Range. Working under a canopy of tropical trees amid squawking birds, multicolored butterflies and boas, he collected 1,600 guppies, a colorful fish species so prolific that the females can produce dozens of babies every three to four weeks. Reznick was curious to see if predators could affect genetic adaptation in guppies over a short time.

It was not considered a promising experiment. A century earlier, Darwin had assumed that evolution takes tens to hundreds of thousands of generations to produce new species — a plodding path so slow it is essentially invisible. That theory still held sway when Reznick began grad school in 1974. Scientists had studied evolution in controlled laboratory experiments, but watching it happen in a natural setting in a human lifetime was considered improbable at best, more likely impossible.

“I was hanging my career on the idea that you could change the environment and see things evolve significantly in time to get tenure,” Reznick says. “People thought my thesis was cute, but doubted I would live long enough to see the results.”

Undaunted, in 1981 Reznick returned to Trinidad’s swift streams to test his theory. He transplanted guppies from a site where they had to fend off cichlids, an aggressive, wide-mouthed fish, to a new site with no predators and no other guppies. Reznick also introduced cichlids to guppy sites without predators.

He found that within four years — a mere six to eight generations — male guppies had significantly changed their reproductive patterns. Those transplanted from a high-predation site to a stream without predators were larger, matured later and reproduced more slowly. Where Reznick had introduced predators, the guppies adapted by maturing at an earlier age. Survival became a race to produce more babies.

The results of his federally funded study prompted what he calls one of his proudest moments in science: a National Enquirer story with the headline, “Uncle Sam wastes $97,000 to learn how old guppies are when they die.” Actually, Reznick chuckles, “I learned a great deal more than that.” His work with the guppies changed his thinking about how quickly species can evolve. And it helped launch a paradigm shift in scientists’ thinking about evolution.

In the decades since Reznick’s first trip to Trinidad, other studies have demonstrated a fast drive toward adaptation that scientists have come to call “rapid evolution.” Researchers who once assumed evolution required millennia are documenting species adapting in mere decades, or even shorter time frames. Mosquitoes that colonized the London Underground in 1863 are now so different they can no longer mate with their above-ground relatives. Chinook salmon from Alaska to California needed just a human generation to become smaller and shorter-lived after an increase in commercial fishing in the 1920s. Adaptation is happening right under our noses, in our lifetimes.

Most recently, evolutionary biologist Yoel Stuart found that green anole lizards on islands in Florida’s Indian River Lagoon needed just 20 generations to adapt to an invasion of brown anoles. Driven to higher perches by the invaders, the green anoles became better at clinging to branches by developing larger toepads with more scales — in just 15 years. It’s more evidence of “evolutionary change on observable time scales,” says Stuart, now at the University of Texas at Austin.

Many of the extraordinary adaptations happening around us may be because of us. As human activity disrupts climate patterns and modifies habitats, rapid evolution appears to be an increasingly common strategy for survival.

The effect of warming temperatures on tawny owls is one of the first documented examples of adaptation to climate change in a wild population. Finnish ornithologist Patrik Karell and others found in a 2011 study that the coloration of the owls morphed in response to warming winters in Finland.

Tawny owls come in two colors, pale gray and reddish brown. Until recently, natural selection favored the pale shade, which gave owls a better chance at survival in a snowy landscape. As winters became milder, Karell noticed a steady increase in the proportion of reddish-brown owls.

Species are evolving at speeds that Darwin could not have imagined. But not all species can adapt quickly enough to evade harm. When a non-native species arrives in an ecosystem, the native species often are ill-equipped to defend against the foreign invader. Ash trees in North America, for example, lacked “evolutionary accommodations” to protect against the emerald ash borer when it arrived from Asia, Reznick says. As a result, tens of millions of ash trees across the continent are threatened by the green beetle, which is thought to have hitchhiked to the U.S. in wood crating or pallets.

Today’s evolutionary biologists have the analytic power to track species adaptation like never before. Advances in molecular biology allow them to identify the very genes that help individuals move away from their ancestors as they adapt to new conditions. For example, a team of scientists at Harvard Medical School and Princeton identified BMP4 as the key gene that sculpts the beaks of the Galapagos finches that gave Darwin his first inklings of the theory of evolution.

“We are no longer forced to infer evolution from its historical footprints in the fossil record or from dusty collections of moths,” Reznick says.

Reznick and his team continue to transplant guppies in the tropical streams of Trinidad. Along with other new tools of evolutionary biology, such as DNA analysis, they are using a technique Reznick developed to mark individual guppies so they can more easily recapture them later. This marking method allows his team to reconstruct the pedigree of individual guppies and measure their reproductive success. The research is answering questions about how predator-prey interactions shape evolving species, but it has also generated new questions: If environmental forces can change guppies, could the guppies themselves also change their ecosystems? Intrigued, Reznick has turned his attention to how ecological and evolutionary processes interact.

Now he’s not only monitoring guppies; he’s also watching their predators to see how the interaction changes the ecosystem. His team wants to know how guppies adapt to predators as well as how predators evolve in response to guppies — the ecological cause-and-effect relationships.

“What hardly anyone’s thinking about is that the animals and plants left behind may have evolved and are different from what they were before predators were eliminated,” Reznick says. This raises fundamental questions about ecological restoration, invasive species, natural selection and what else changes when the fittest actually survive.

Documenting the rapid evolution of species in natural settings turns Darwin’s “mystery of mysteries” into a real-time scientific adventure. And while Reznick has succeeded in watching evolution happen, he’s beginning to think his earlier calculations underestimated how quickly species actually adapt in nature. “What’s exciting,” says Reznick, “is that it is now feasible to incorporate evolution into our thinking about how the world is changing.”