It's the first time scientists have spotted a filament of the cosmic web. 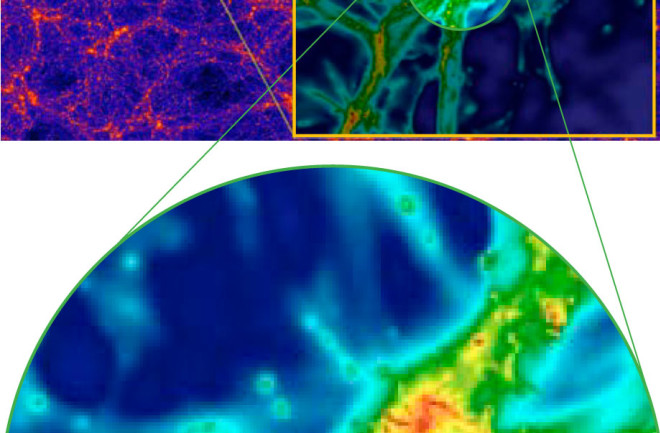 Observations suggest invisible dark matter spans the universe, underpinning its entire structure. The gravitationally sticky stuff catches galaxies and causes gases to adhere to filaments, which stretch between the star clusters in a giant cosmic web.

Astronomers in California and Germany studying quasar UM287 spotted an enormous strand of nebulous gas illuminated by the quasar’s light, like an attic window lighting up otherwise unseen cobwebs.

At about 2 million light-years long, the gas is thought to give form to one of the filaments of this cosmic web, the first time scientists have seen it.

In this simulation, which accompanied the January study, the brighter colors in the upper left image show higher concentrations of dark matter. The inset shows the quasar’s spotlight on the cosmic web, with darker blue representing the lowest density of gas and red representing the highest density.