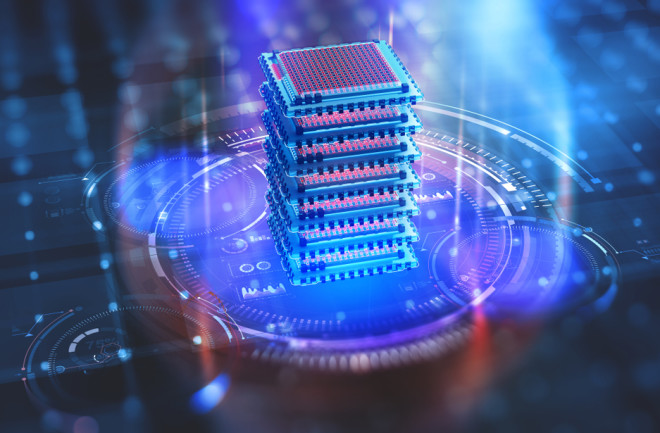 The quantum computing revolution is upon us. Well, almost. It’s hard to have missed the headlines proclaiming the great power of the latest generation of quantum, their ability to outperform conventional computers , a property called quantum supremacy, and the huge promise of the years ahead.

But an important question remains — how are we going to build these devices? Quantum computers variously rely on photons and/or exotic states of matter trapped in magnetic fields at mind-numbingly cold temperatures. So it’s easy to imagine that quantum computing will require an entirely new industrial base founded on novel technologies.

But there is another possibility: that quantum computers can work with electrons passing through transistor-like devices called quantum dots carved out of silicon. If that’s the case, the entire revolution can piggyback on the industrial base that supports current chip-manufacture.

Now this option looks a step closer thanks to the work of Anne-Marije Zwerver at Delft University of Technology in the Netherlands and colleagues, many at the research labs at U.S. chipmaker Intel, based in Hillsboro, Oregon. This group has fabricated nanoscale silicon transistors that can reliably process quantum information in ways that match specialist devices.

But the key breakthrough is that they have done this using industrial chip fabrication processes with a yield that is high enough to allow significant scalability. That paves the way for industrial-scale fabrication of quantum computing chips. “The feasibility of high-quality qubits made with fully-industrial techniques strongly enhances the prospects of a large-scale quantum computer,” says the team.

Academic labs have been making these kinds of quantum dot devices for some time. A quantum dot is similar in essence to a transistor that operates at the level of single electrons. It consists of a channel through which electrons can flow with a gate above that limits the flow to one electron at a time.

This control is a delicate balancing act. The gate shapes the electric potential in the channel into wells that trap single electrons — hence the term quantum dots. These wells often sit next to other components that manipulate or read the spin of the electron.

But the electric fields are so delicate that they are influenced by any stray field from other components, from contaminants or even defects in the silicon. So any tiny variation in the manufacturing conditions can ruin the quantum properties of the electrons.

That’s why it has only been possible to make these devices in special facilities and even then in small numbers. By contrast, industrial chip fabrication aims to carve billions of transistors onto a single chip. A key question is whether these manufacturing conditions can be made uniform enough to make quantum dots.

The answer according to Zwerver and colleagues is affirmative. Their chip wafers are 300 millimeters in diameter — about the size of an Oreo biscuit — and each contains some 10,000 quantum dots. The team's measurements show that the dots perform as well as those created in specialist facilities. “We achieve nanoscale gate patterns with remarkable homogeneity,” they say.

That’s interesting work that paves the way for the manufacture of quantum computer chips on an industrial scale. Of course, these will still be exotic devices. They will require huge magnetic fields tens of thousands of times stronger than the Earth’s field. And they will need to be cooled to superconducting temperature.

So nobody will be carrying these in their back pockets any time soon. But with large scale manufacture, quantum computers may soon become standard accessories at supercomputing facilities around the world, where complex calculations can be divided into classical and quantum components and then passed to the relevant processing machine for crunching.

Of course, what this will make possible is a topic of significant debate. But the prospect of Industrial fabrication should help to sharpen everybody’s thinking.