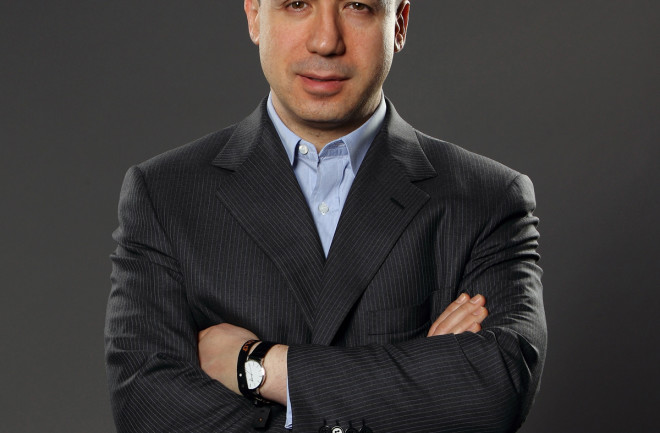 Yuri Milner was pretty much destined to do something in science. Born in Moscow in November 1961, he was named after Soviet cosmonaut Yuri Gagarin, who, about six months earlier, had become the first person to venture into outer space. Inspired by Carl Sagan and others, Milner majored in physics at Moscow State University. Then, in the middle of earning a Ph.D. in particle physics, he quit. Eventually, he started his own internet company and invested in other companies like Facebook, quickly amassing a fortune.

Since then, Milner has used his wealth to support science. He co-founded the Breakthrough Prize, which recognizes important advancements in physics, life sciences and math by awarding $3 million prizes in each category.

Q: Did you abandon a research career in physics because you felt you could do more to help science from the outside?

A: I quit physics around 1990 when I decided I was not good enough to make a big contribution to the field. But I continued to track developments in science. It’s like your first love — you want to keep in close touch.

Q: What prompted you and your friends, including Facebook CEO Mark Zuckerberg and Google co-founder Sergey Brin, to start giving out prizes, first in physics, then in other branches of science?

A: Recognition of science among the general public is lower than it should be, partly because it is not easy to explain. We need to explain science better, communicate it to a wider audience and celebrate it. Because, in the end, science is really the biggest asset our civilization has.

Q: In addition to regular Breakthrough Prizes, you’re awarding Special Breakthrough Prizes for big discoveries like gravitational wave detection, plus awards for young researchers and middle and high school students. Are there plans to further expand the scope of these prizes?

A: Not in terms of subject area. The prizes focus on natural sciences — physics, life sciences and math — and we don’t plan to go beyond that. But that still leaves a lot of ground to cover.

Q: Discover has covered Breakthrough Starshot, a plan to develop light spacecraft capable of reaching the nearest star, Alpha Centauri, about 20 years after being launched. You’ve pledged $100 million to this project. Can you tell us about your other initiatives?

A: We started something called Breakthrough Listen in 2015. The first search for signs of intelligent life beyond Earth was undertaken by Frank Drake in 1960 at an observatory in Green Bank, West Virginia.

Breakthrough Listen’s search for radio signals of extraterrestrial origin is using a new telescope at Green Bank that’s vastly bigger and more sensitive. Joining this effort are new telescopes in Australia and China, so we now have three of the four biggest radio telescopes in the world. Combined with the most sophisticated computer hardware and software available, we’ll see if we can make some progress. These new searches should be much faster and more efficient than what we could do just a year or so ago.

Q: What’s the status of the latest initiative, Breakthrough Message, which will offer a $1 million prize?

A: We haven’t launched this one yet, but the general idea is for a competition, open to everyone, to craft a short message that would best represent humanity to another civilization. What is it that really defines us as a civilization — not just in this country [the United States], but all of us?