Putting The Science in Science Fiction 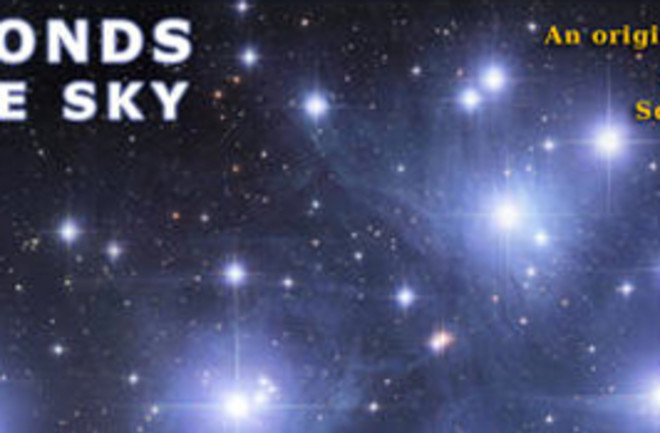 For anyone who likes their science fiction so hard you could use it to carve your initials in a diamond, check out Mike Brotherton's free anthology, Diamonds in the Sky. Brotherton, an astronomy professor and novelist, got funding from the National Science Foundation to put together a free online anthology of sci-fi stories that get their facts right even as they explore strange new futures. Contributors include Brotherton himself, Alexis Lynn Gleitner, and SciNoFi pal Kevin Grazier. A few of the tales come off on the didactic side — a talking dog literally asks for an explanation of dark matter as a distraction from the plot problems at hand — but others smoothly intertwine science and story telling. The Moon is a Harsh Pig brought wit and verve to an explanation of the moon's phases, and In the Autumn of Empire was an amusing tale that let the author vent some frustration about scientific misunderstanding. The Diamonds anthology includes all the usual tropes of aliens, faster than light travel, hybrid talking animals, and so on and so forth, but they're all either grounded in the scientific theories of today, or they use ideas that follow current trends in scientific thinking. Taken together, the stories make a convincing argument that Hollywood and scifi writers of all stripes need not butcher the facts to tell a ripping yarn.