Prepare for the Future or Grow While You Can? Biology's Central Dilemma 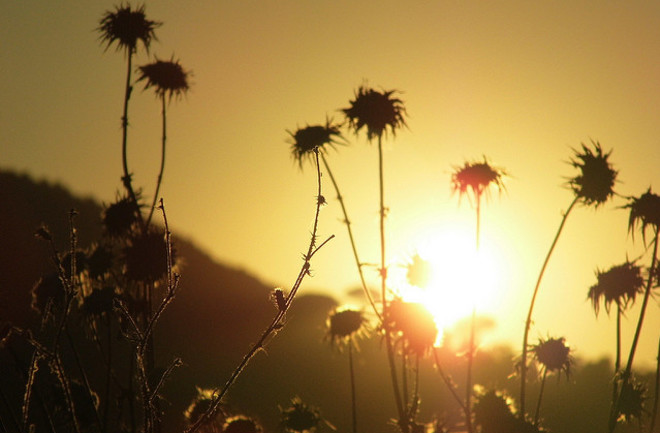 Plants and other organisms are finely tuned to grow quickly or maintain a large genome, and phosphorous limitation demands a choice (Image: Flickr/Salvatore Vastano). Natural selection is a rigorous master, demanding tough choices and efficiency of all living organisms. Even when things are good and the living is easy, trade-offs are required. For example, as a microbe is enjoying a nutritionally replete buffet, it begins to grow, laying the groundwork for proteins that will build biomolecular scaffolds and ultimately generate a new cell through replication. But as quickly as this process begins – as DNA is transcribed into the RNA that will serve as the template for proteins – it all comes grinding to a halt. The cell has run out of phosphorous. A few years ago, Dag Hessen from the University of Oslo led a study examining the trade-offs between large genomes and rapid growth among Eukaryotes. The team proposed that “maintaining high growth rate under nutrient limitation can promote an evolutionary pressure for reduced genome size because there will be a tradeoff between material costs in terms of phosphorous allocated to either RNA or DNA.” Simply put, with a finite amount of phosphorous (and to a slightly lesser extent, nitrogen), you must choose between investing it in DNA or RNA. Hessen’s study is receiving newfound attention as synthetic biologists look to engineer optimal, rapidly growing microbes with minimal genomes. Given the biological imperative to replicate, a rapid growth rate seems like a clear strategic advantage. Double faster than your neighbors, and your offspring will be able to grab a larger piece of the pie. But building new cells demands phorphorous for RNA and nitrogen for proteins, and these allocations by definition leave other biomolecules shorthanded. When this happens, DNA is typically neglected; while it only accounts for about 3% of a cell’s total mass, DNA requires a disproportionate percentage of frequently limiting elements like phosphorous and nitrogen. And investing in the genome has some clear advantages. Genes encode proteins that perform biochemistry, so a larger genome holds instructions for more enzymes and broadens the cell’s tool kit. This way, if new challenges come along – like a competitor, or a long drought – you’re more likely to have the means of escape at your disposal. Of course, this is a bet some organisms make and others don’t. If conditions are relatively consistent, and the set of necessary proteins is straightforward and predictable, then storing hundreds of unused genes in your genome is a waste of precious elements. Large genomes prove unweildy in other ways, as there’s a greater likelihood of mutation (most of which are harmful) and genome replication takes longer. Hessen points to a few findings that support the idea of autotrophic, phosphorous-limited organisms re-allocating their resources to RNA in order to bolster growth. For one thing, “polyploidy” – the practice of maintaining more than two paired sets of chromosomes – seems to be selected against in many plant lineages. For another, fast-growing “weedy” plants typically have small genomes. Phosphorous limitation seeps into other aspects of biosynthesis as well: algae can modify membrane lipids in order to use sulfur rather than phosphorous. These are important data points, but it’s just the beginning. Understanding how these ideas transfer across environments and all three domains of life would illuminate how biology deals with a fundamental challenge of resource limitation. When is adaptability in the form of a large genome preferable to rapid growth, and how long might it take for an organism to shift strategies? Choosing poorly, after all, is nothing short of a life or death decision.