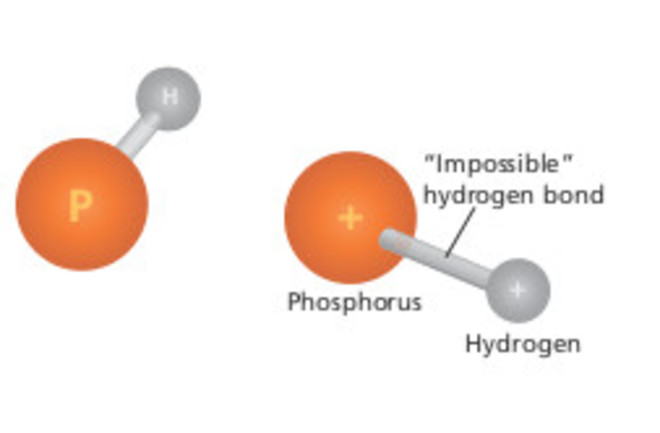 Hydrogen bonds hold together pairs of molecules in water and DNA, and they help antibodies function. Typically, and logically, a positively charged hydrogen atom bonds to a negatively charged atom of oxygen, nitrogen or fluorine.

But phosphorus is slightly positive. Relying on a technique called infrared spectroscopy to explore the bonds between atoms, the researchers noticed it attaching to positive hydrogen atoms.

In a way, the new bond still follows the old adage. Charge isn’t always distributed evenly around an atom. And in this case, the scientists found that the phosphorus had a little patch of negative charge, just enough to hook up with the hydrogen atom.

For now, the new bond has only been seen in a lab. But it could play a role in helping scientists understand how proteins fold, a process that’s crucial to the most basic structure and function of living organisms.