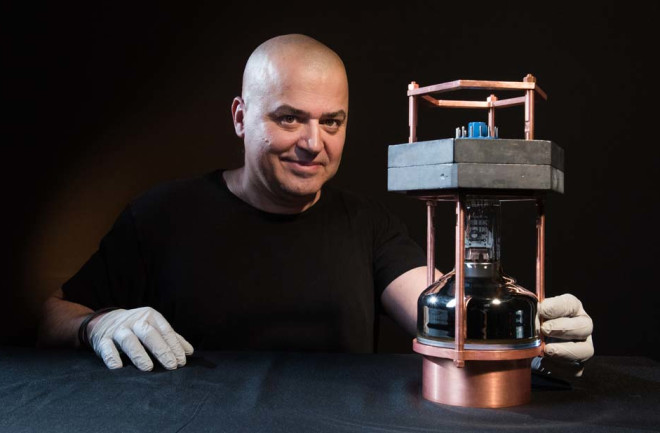 Neutrinos are the Boo Radleys of physics. These tiny, electrically neutral particles are shy to a fault. Sixty-five billion of them pass through every square centimeter of Earth’s surface each second, and nearly all exit the other side without making their presence known. Catching them in flight typically requires special detectors weighing thousands of tons.

“They are harder to detect than anything else we know in particle physics,” says astrophysicist Juan Collar of the University of Chicago. Collar is part of a team called COHERENT that changed the game in August by making the first tabletop neutrino detector.

The instrument is 100 times more sensitive than previous technology, Collar says. It works via an interaction between neutrinos and atoms theorized more than 40 years ago: As neutrinos bounce off atoms, they cause atomic nuclei to jiggle. The detector’s first measurements confirmed this predicted effect for the first time.

New discoveries could be in store as the device now checks other features of neutrinos, including their electromagnetic properties. And Collar hopes that even-smaller detectors could be useful for monitoring nuclear reactors, which spew out neutrinos.