I made a comment to the effect that political moderation tends to correlate with lower intelligence when looking over survey data on attitudes toward unpopular speech. This assertion didn't come out of a vacuum, when mining the GSS there were repeated indications that moderates were somewhat stupider than they should be. But here's the WORDSUM scores for whites separated into moderate vs. non-moderate classes (liberals & conservatives aggregated in the second). 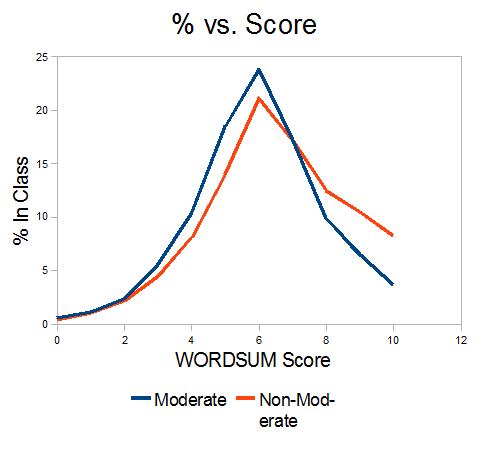 But of course you want to control for education! 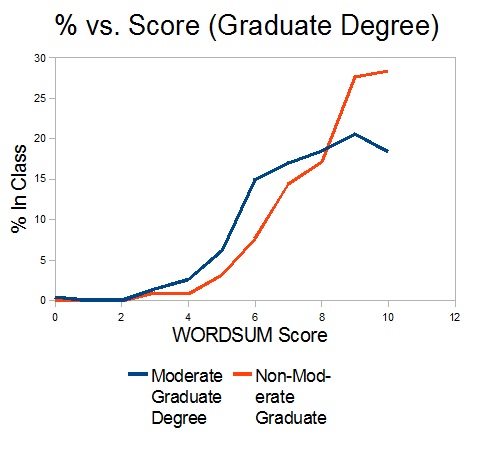 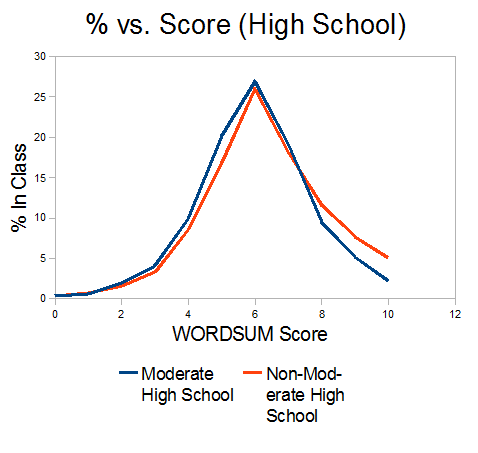 As you can see, even controlling for graduate degree or high school attainment moderates are less intelligent on average. When I did a regression where I put the moderates into a center-to-left analysis and another center-to-right, with the two independent variables as DEGREE (educational attainment) and POLVIEWS (political ideology on a 1-7 scale, liberal to conservative), the former was a much larger effect predictor of WORDSUM than the latter. This makes sense. But there was a statistically significant independent effect of ideology on WORDSUM. For the center-to-left group (1-4) more liberalism predicted higher WORDSUM values. But for the center-to-right group more conservatism predicted lower WORDSUM values, when controlled for education. When not controlled for education conservatives are more intelligent than moderates, suggesting that the more educated tend to have more politically extreme viewpoints (I've seen this before).

But in terms of an independent variable, moderation does not predict stupidity as much as liberalism predicts intelligence.