The dramatic fall in atmospheric pressure on Pluto is much larger than astronomers expected. 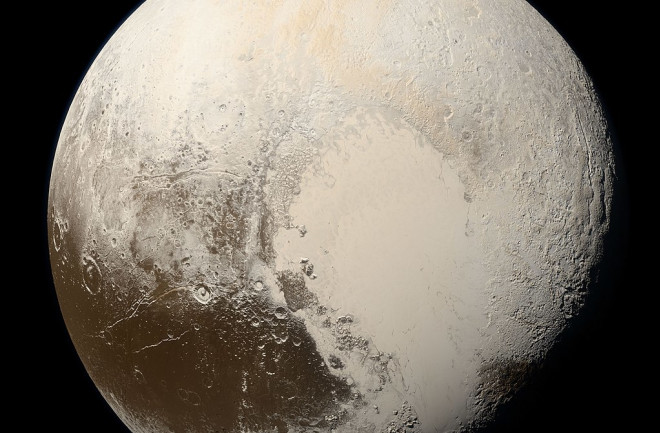 Pluto’s atmosphere is hard to observe from Earth. It can only be studied when Pluto passes in front of a distant star, allowing astronomers to see the effect the atmosphere has on starlight. When this happened in 2016, it confirmed that Pluto’s atmosphere was growing, a trend that astronomers had observed since 1988, when they noticed it for the first time.

Now, all that has changed — Pluto’s atmosphere appears to have collapsed. The most recent occultation in July last year was observed by Ko Arimatsu at Kyoto University in Japan and colleagues. They say the atmospheric pressure seems to have dropped by over 20 percent since 2016.

First, some background. Astronomers have long known that Pluto’s atmosphere expands as it approaches the sun and contracts as it recedes. When the sun heats its icy surface, it sublimates, releasing nitrogen, methane and carbon dioxide into the atmosphere. When it moves away, the atmosphere is thought to freeze and fall out of the sky in what must be one of the most spectacular ice storms in the solar system.

Pluto reached its point of closest approach to the sun in 1989, and has since been moving away. But its atmosphere has continued to increase to a level that is about 1/100,000 of Earth’s.

Astronomers think they know why, thanks to the images sent back by the New Horizons spacecraft that flew past Pluto in 2015. These images revealed an unexpectedly complex surface with widely varying colors. A mysterious reddish cap at the north pole turned out to be colored by organic molecules. And a large, white, ice-covered basin called Sputnik Planitia stretched across a large part of one hemisphere.

Planetary geologists think Sputnik Planitia plays an important role in regulating Pluto’s atmosphere. That’s because, when it faces the sun, it releases gas into the atmosphere. Simulations suggest that this is why Pluto’s atmosphere has continued to grow, even as it has begun to move away from the sun.

The simulations are complicated by Sputnik Planitia’s color, which determines the amount of light it absorbs, and this in turn is influenced by ice formation in ways that are hard to predict.

Nevertheless, these same simulations suggest that, since 2015, Sputnik Planitia should have begun to cool, causing the atmosphere to condense into ice. Arimatsu and colleagues say that’s probably what’s behind their new observation.

There is a problem, however. The models suggest that Pluto’s atmosphere ought to have shrunk by less than 1 percent since 2016, not the 20 percent observed by the Japanese team. So there may be some other factor at work that is accelerating Pluto’s atmospheric collapse.

The result must also be treated with caution. The effect of Pluto’s atmosphere on distant starlight is small and hard to observe with the 60-centimeter reflecting telescope that the team used. They say the various sources of error in their measurement make it only marginally significant.

Better observations from larger telescopes are desperately needed. But this is unlikely to happen anytime soon. As well as moving away from the sun, Pluto is moving out of the galactic plane, making stellar occultations much rarer and with less bright stars.

That means the chances to make better observations in the future will be few and far between. The team concludes with a plea for astronomers to observe Pluto with bigger, more sensitive telescopes, preferably those with diameters measured in meters.

Until then, Pluto’s vanishing atmosphere will remain something of a mystery.

Ref: Evidence For a Rapid Decrease of Pluto’s Atmospheric Pressure Revealed by a Stellar Occultation In 2019. arxiv.org/abs/2005.09189