When an airplane passenger stops breathing, a doctor has to improvise on the fly. 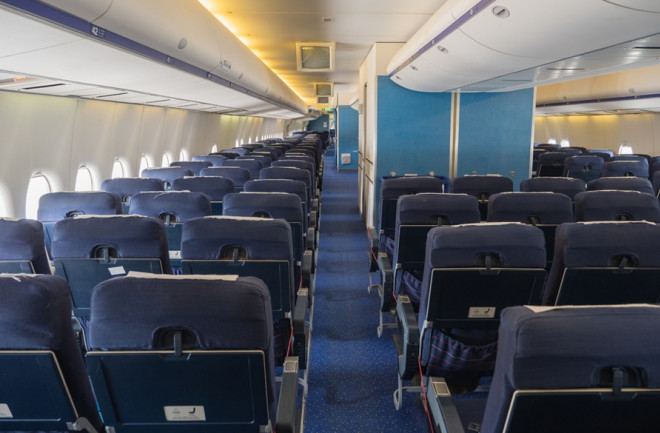 I’ve never liked flying very much. I know a lot of physicians who feel the same way: By nature, we like to be in control, and flying involves giving up control.

But I was returning home from a conference 3,000 miles away, and that would have been a long drive. So as the plane took off, I settled into my window seat and did what I usually do: I closed my eyes and tried to will myself to sleep.

I had been on-call for the previous week and must have been exhausted; the next thing I knew my seatmate was jostling me.

“You said you were a doctor, right?” he asked urgently. “They’re asking for one up front.” In an instant, I was suddenly, jarringly, awake.

Medical training left me in a perpetual state of high alert, so when I’m told someone needs a doctor now I don’t think of upset stomachs or anxiety attacks — I think of cardiac arrest. Knowing there might be no time to lose, I squeezed past the two people in my row. A dozen rows ahead, a frantic young man was shaking his neighbor, whose bulky form was slumped over in the seat. “He won’t wake up!” the young man gasped.

I dived into the row and pressed my fingers into the man’s neck. My new patient’s face was chalky, his eyes open but unseeing, and he wasn’t breathing. At his carotid artery, I found no pulse.

“Get him into the aisle!” I started tugging at his arms but couldn’t budge him. A burly man from the row ahead leaned over his seat and somehow we wrestled the patient into the aisle, where he lay motionless. He still wasn’t breathing, and detecting no pulse, I linked my fingers and began pressing rhythmically on his chest.

There’s an aphorism taken from Samuel Shem’s novel about medical training, House of God: “At a cardiac arrest, the first procedure is to take your own pulse.” It’s a reminder to take a deep breath, push away panic and proceed logically.

I had followed the established “ABC” algorithm for handling cardiac arrest — airway, breathing, circulation — but although my chest compressions were circulating whatever oxygen was left in my patient’s bloodstream, creating an artificial pulse of sorts, it clearly wasn’t enough. I needed more help.

Fortunately, other medically trained passengers stepped forward. One took over compressions, and another tilted the patient’s head back so we could start providing oxygen. Flight attendants brought medical equipment stowed in the back of the airplane. I paused for a moment and worked on coordinating our efforts.

Even in the best circumstances, only one-third of patients suffering cardiac arrest in the hospital survive to the 24-hour mark. (And for those who have cardiac arrests outside a hospital, fewer than 1 in 10 survive.)

At a hospital, I would have the help of at least five other medical professionals and a fully supplied “crash cart” to treat a cardiac arrest. The airplane kit wasn’t as well equipped. I opened the defibrillator, a set of adhesive pads connected to a cardiac monitor, but found it was designed for nonprofessionals — there was no screen showing the heart rhythm.

Meant to be foolproof, the device provided only an on/off switch and a single “shock” button. I placed the pads on the patient’s chest. “Analyzing rhythm now,” the computerized voice said. Then, after a few seconds: “No shock indicated. Continue compressions.”

Without a screen, I had no idea if that meant the patient’s heart had no electrical activity at all — asystole — or whether there was some other abnormal heart rhythm. Only a minority of cardiac arrests are due to ventricular tachycardia or fibrillation, the heart rhythms that can be corrected by electrical shock. If we couldn’t shock the patient, we had to keep doing CPR and try to start an IV to give medications that could help restore his pulse.

The kit held a tantalizing, yet frustrating, array of options. Most of the commonly used resuscitation drugs were there, but we found only one IV kit, which a passenger opened and began trying to insert into a vein in our patient’s arm — no easy task on the now rapidly descending plane.

For an in-hospital arrest, once CPR is underway, someone needs to start thinking about treatable causes. For example, if we know that the patient has high potassium, we can treat that specifically instead of just following a one-size-fits-all protocol. Usually, that “someone” is one of the many professionals responding to the code, not the person leading it or doing chest compressions.

Nevertheless, I quickly went through the leading culprits in my head. Severely elevated acid levels, or severe imbalances in blood chemistry? Hard to see how that would happen during our flight, and I couldn’t test for or treat it with what I had on hand.

A massive blood clot? This can happen on a plane because of immobility (the “coach class syndrome”), but it’s pretty rare on a short flight.

A pneumothorax, when air collects between the lung and chest wall, can happen at altitude and cause cardiac arrest, but this usually pushes the windpipe to one side; our patient’s airway was perfectly centered.

Too little circulating blood volume? It could happen if someone were dehydrated or bleeding profusely — neither of which were obvious to me.

A medical chart might have provided clues, but of course none was on hand. But then I happened to see my patient’s wallet falling out of his pants pocket. Grabbing it, I almost immediately found what I was hoping for: a list of medications.

Another good medical aphorism is that 80 percent of diagnoses are made on history alone. This patient couldn’t speak, but his medication list spoke for him. Seeing several blood pressure medications and a blood thinner on the list, I inferred he had heart disease and high blood pressure.

Locked in an Upright Position

I thought about the narrow airplane seats, and about the position in which we found my patient: upright but unconscious. Perhaps his medications caused lower-than-normal blood pressure, and he had passed out. Unable to fall over, he’d remained upright, unnoticed, without enough blood flow to the brain, a situation that can lead to cardiac arrest.

Long before smartphones, this potentially lethal combination was known as “telephone booth syncope.” Falling over is the body’s way of protecting itself from low blood pressure because it allows whatever remaining blood pressure is present to work with gravity in getting blood to the brain. Passing out and being held upright, as in an old-style telephone booth, or in an airplane seat, or when well-meaning bystanders hold someone upright after they’ve fainted, can spur the central nervous system to shut down — in particular breathing, which is controlled by the brain stem.

If this patient had suffered telephone booth syncope, we needed to get as much blood to his brain as possible. Chest compressions helped, and we were preparing to give him IV medications. Now we lifted up his legs, too, to help restore central circulation.

As low-tech as this intervention is, while we did it the patient started to move, weakly. I felt a pulse, weak but steady, at his wrist. And a few seconds later, I felt a bump: The plane had touched down.

It had seemed like forever, but the pilot had found an airport and landed less than 30 minutes into our resuscitation efforts. A few minutes after we touched down, paramedical personnel were on board. I gave them a 30-second summary of what happened, and the patient was loaded onto a stretcher and gone. The captain called me to the front of the plane, and I told him what I thought had happened.

“Good work,” he said. “Now, what did you think of that emergency landing, eh?” I told him the truth: For once, worrying about the landing was the last thing on my mind.

I don’t know what happened to my patient; I never even learned his name. I have wondered about him in the years since this incident, however. The survival rate for cardiac arrests on an airplane is 1 in 7.

But long-term survival really depends on the cause of the event. And I’m optimistic that my diagnosis was right. Studies show that in-flight diagnoses are often borne out when patients reach the hospital. If the problem was telephone booth syncope, chances are good that he survived.

[This article originally appeared in print as "Up in the Air."]