Rare, sudden surges of radiation originate in a dwarf galaxy 2.5 billion light-years away. 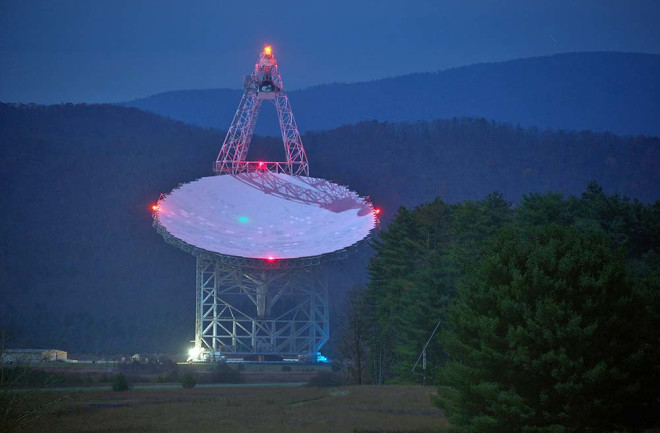 Astronomers are finally starting to figure out fast radio bursts (FRBs). The milliseconds-long surges of radiation are rare and sudden — even 10 years after their discovery, we know almost nothing about them. But in January, astronomers announced they’d spotted a repeating FRB and pinpointed its location to a small dwarf galaxy 2.5 billion light-years away. That’s a first for astronomy. The findings appeared in Nature and The Astrophysical Journal.

Researchers observed a whopping nine bursts from the same source, dubbed FRB 121102, allowing them to home in on its location. Another team of researchers announced in August they’d detected an additional 14 bursts, and at higher radio frequencies than ever observed before. “The FRB was extremely generous to us,” said study co-author Casey Law of the University of California, Berkeley, during the announcement. Astronomers also discovered weak, long-lasting radio emissions coming from within 130 light-years of FRB 121102, suggesting the two are related — though we don’t know how, if at all.

While the finding confirmed long-standing suspicions that FRBs originated from outside our galaxy, many questions remain, including if any others repeat, and what causes them. Potential origins include highly magnetic neutron stars — the collapsed cores of dead stars — and unusual black holes. “New mysteries in astronomy are somewhat rare,” said co-author Sarah Burke-Spolaor of West Virginia University, so astronomers are relishing the chase.