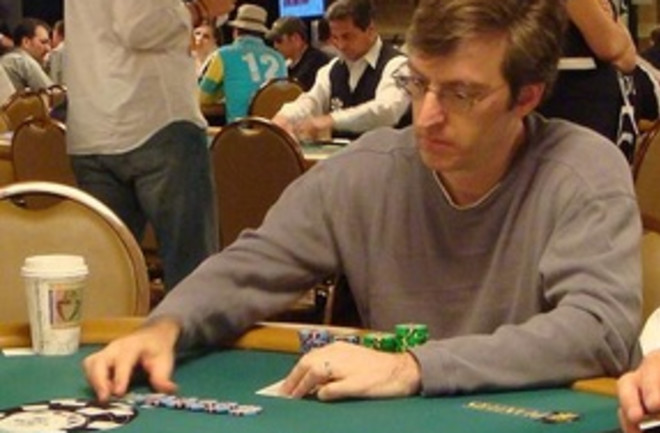 Celebrated economist, James Bates Clark Medal winner, and Freakonomics author Steven Levitt is having a good time, and doing pretty darn well, at the World Series of Poker. (Via Marginal Revolution; here's Levitt's own blog.) I am willing to go on record as predicting that he will not do as well as physicist Michael Binger did last year. I've been reading a bit about game theory and the mathematics of poker, and have lots of great theories, including an elaborate analogy between poker and quantum mechanics. Here is one theory: physicists (and I imagine economists, too) will end up being much better poker players than mathematicians. The reasoning is that No Limit Hold'em is an incredibly complex system; not only can we not derive a dominant strategy in closed form, we can't even prove any very useful theorems about realistic games. So game theorists and mathematicians study simplified systems about which they can actually prove theorems. They can do pretty well in figuring out strategies at a showdown (just two players), but early in the hand at a full table there's almost nothing they can say. It becomes a question of which approximations to make and which models to choose for your opponents. That's much more the purview of physicists and economists, who are forced to get their hands dirty in the real world. (A corollary: phenomenologists and astrophysicists will be better poker players than string theorists.) Why am I not at the WSOP myself? Good question. I'm totally going next year.