Direct evidence of time reversal had been considered impossible — until now. 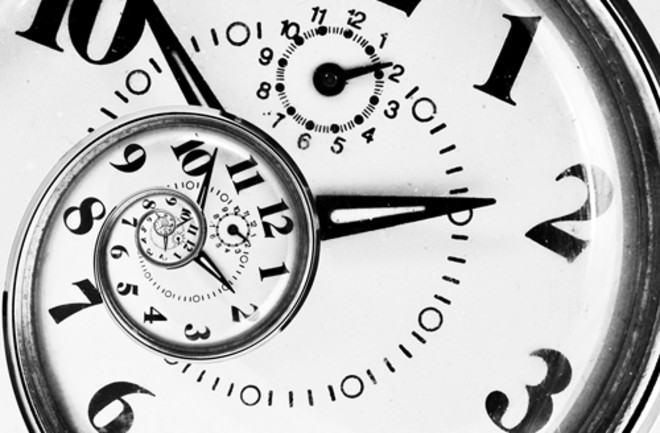 It’s not too strange a concept: A video showing a billiard ball’s initial bounce off a pool table’s cushion would look the same whether it was running backward or forward in time. The physics works just as well, and identically, either way.

Yet experiments since the 1960s have suggested there should be exceptions to this rule — special cases of so-called “time-reversal violation.” The first conclusive evidence of such a violation was finally discovered late last year by collaborators on an experiment named BaBar at Stanford University’s SLAC National Accelerator Laboratory.

BaBar studied the collisions of electrons and positrons (the antimatter equivalent of electrons), which produce particles called B mesons. The experiment ran from 1999 to 2008, but scientists continue to make new findings — including this one — five years later by combing through the copious data.

Therefore, when one of the B mesons decays or changes form, physicists automatically know its partner’s state before it, too, decays. The BaBar researchers kept track of the transitions that the partner made and discovered that some reactions occur much more frequently with time going forward than they do with time in reverse.

Despite the strong theoretical reasons for expecting this example of time-reversal violation to take place, the discovery is still an exciting confirmation. “In physics, nothing is there until you actually see it,” says Valencia-based lead investigator, Fernando Martínez-Vidal.