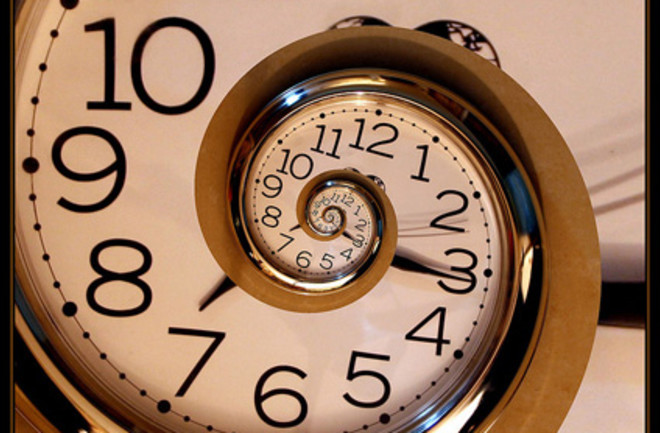 0.00000000000000004. That's the minuscule factor by which time speeds up if you're elevated just one foot higher from the surface of the Earth, according to new study in Science that cleverly demonstrates Einstein's general relativity on a human scale. Don't rush to move into the basement to extend your life, though: That tiny speck of a difference would account for just about a billionth of a second over the span of the year. Gravity is the key player in this time variance:

According to Einstein's theory of general relativity, big objects with lots of gravity -- planets or stars -- bend the fabric of time and space, like bowling balls on a trampoline. The closer you get to these objects, the stronger the pull of gravity and the slower time moves. An astronaut watching a clock fall into a black hole, for example, would see its hands gradually slow down as the pull of gravity increases. [FoxNews.com]

The researchers led by James Chin-Wen Chou recorded tens of thousands of seconds ticking by on atomic clocks placed at the two different heights to capture the minute difference. As DISCOVER blogger Sean Carroll notes

Not a surprise, of course; it’s a straightforward application of general relativity. Still, we need to look pretty hard to find GR showing up on human scales. These guys worked very hard!

Indeed, while it's cool to show relativity at work on scales accessible to people, the more important part of the study might be the tools, not the findings.

With further refinement, ultraprecise clocks such as the ones used in the new study could one day allow scientists to measure geographic variations in Earth's gravitational field—a science called geodesy—with unprecedented precision. Geodesy is important for calculating Earth's mass distribution, which can help determine, for instance, the distribution of water on the planet and how that water moves. [National Geographic]

DISCOVER: Time May Not Exist

80beats: Einstein Proven Right (Again!) by the Movements of Galaxies