Physicists Finally Discover Why Grapes Ignite in the Microwave 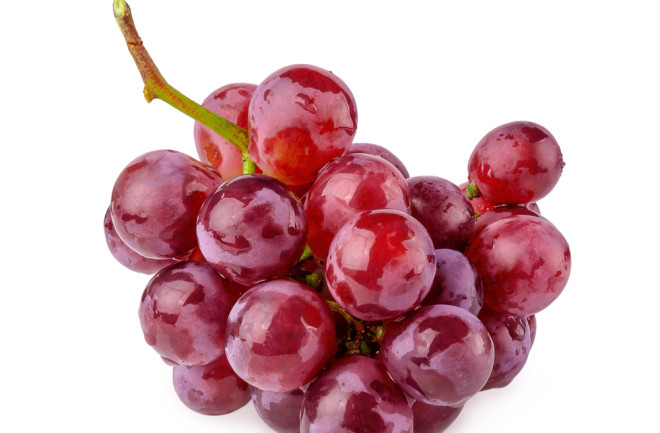 Consider the humble grape. Small, spheroid, with pleasantly taut skin, leaving a burst of sweetness on the tongue. Hardly a fruit you’d need to defend yourself against.

Put a gently touching pair in the microwave, though, and the inoffensive fruit turns into a literal firecracker. Within just a few seconds, microwaved grapes will begin sparking as if electrified, and in some cases they’ll even produce a flash of plasma bright enough to make the microwave glow from the inside out. (An alternate method involves cutting the grape in half, leaving a strip of skin to connect the hemispheres. Both produce the same effect.)

It’s been a popular Youtube stunt for years now, but the actual physics behind exploding grapes was elusive. It’s obviously not the same process that produces sparks from metals, and, oddly, the same thing doesn’t happen for other foods — say, peas. It also didn’t help that little legit scientific research had been done into the phenomenon.

But our long wait appears to be over. Three Canadian researchers think they know what turns grapes into fruity flash-bangs inside a microwave oven.

The answer is grounded in the complexities of how electromagnetic waves behave when passing through various substances. It all comes down to the fact that grapes are essentially spheres filled with water, and that their diameters match up with microwaves’ wavelengths. Those conditions combine to create a kind of trap for them. The incoming microwaves get stuck inside the grapes, where the water helps to focus their energy, and they begin to heat up from the inside.

Alone, the resulting “hot spot” won’t accrue enough energy to touch off any combustion. But when you put two grapes together, explains study co-author Pablo Bianucci of Montreal’s Concordia University, the trapped microwaves can hop between them, creating a powerful electromagnetic field in between the grapes. If left in the microwave for more than a few seconds the heat will get intense enough to turn ions in the grapes’ skins into a plasma, creating an incandescent display.

It’s not only grapes, either. The researchers were able to reproduce the phenomenon in hydrogel balls soaked with salt water and even quail eggs. The point wasn’t to show off, of course, but rather to prove that it’s not just geometry that’s responsible for the sparking and exploding. The researchers first microwaved the eggs touching each other like the grapes, and confirmed that a hot spot existed. They then drained the eggs of their contents and set them together in the microwave as before — but this time, nothing happened. It was the water inside the eggs, in addition to their shape, that was making them hot.

The research appears in the Proceedings of the National Academy of Sciences.

The grapes (or quail eggs) don’t even need to be touching, the researchers found. They conducted tests with the grapes wrapped up in a cozy paper container and with 15 layers of paper between them. Even kept apart, the grapes could quickly heat up.

The researchers have given armchair (or microwave, as the case may be) scientists something to think about while causing kitchen conflagrations, but they say their work has some practical applications as well. The work could, in the future, find use in the field of nanophotonics, or be used to create new wireless antennas and lead to better microwave imaging technologies.

For the rest of us, the researchers also reveal that they got the same flaming effect with not only grapes, but grape tomatoes and large blueberries as well. In fact, any water-rich object about the size of a grape would work, they say.

Needless to say, be safe.