I love clever photographers. Max Alexander falls firmly into that category, given his brilliant collection of photographs he took of UK astronomers as part of the IYA. As he put it:

I chose to portray astronomers as individuals, rather than astronomy as a subject, in order to personalize the contributions to society. [...] Almost every picture has a story behind it, either because of the relevance and personality of the scientist, or because of the context of the situation.

I think he did pretty well! My favorite is this one: 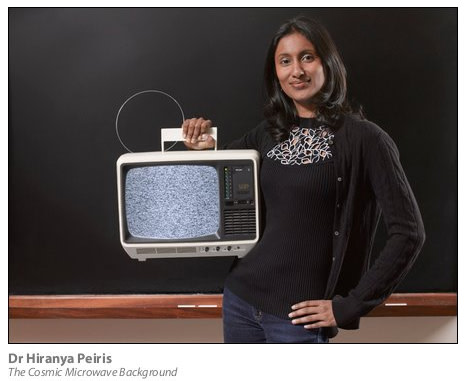 Why? Because of the astronomy inside joke of her holding a staticky television. Read the info for that photo to see why.

Tip o' the lens cap to my bud Amanda Bauer, aka astropixie.