The American Religious Identification Survey 2008 is out. It is complementary to the Pew Religious Landscape Survey, and seems to confirm its findings. But its main advantage is that there was a survey in 1990 and 2001, so you have three points in time from which to observe trends.

As you can see, the number of atheists & agnostics tracks the general increase in the number with no religion, it's doubled in the past generation. But, though only 2% of the population identifies as atheist & agnostic, around ~10% of the population holds to beliefs which are atheistic or agnostic. Interestingly the shift toward "No Religion" is about the same in all ethnic groups: 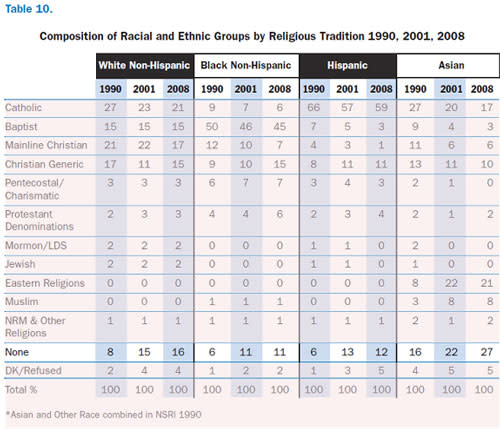