Penn's - and the syringe's - point 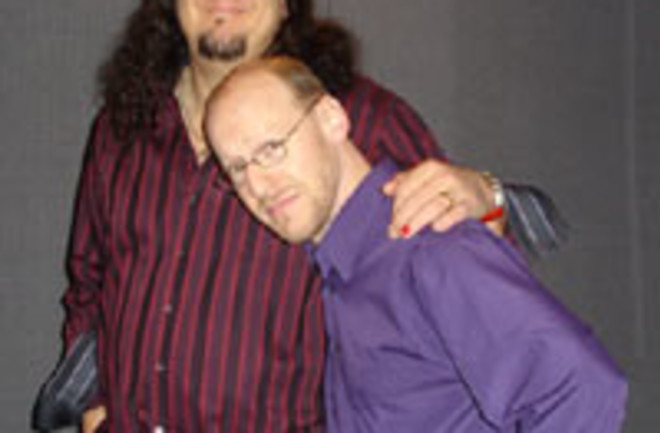 Sure, you know Penn Jillette -- the larger, louder half of Penn & Teller. Penn's an interesting character -- a vocal skeptic, to say the least, in that what's on his mind is on his lips. He and I don't always agree, but when we do, we do. Such is the case with antivaxxer Dr. Andrew Wakefield, the long-discredited and now disbarred guy who started the whole modern craze of getting preventable diseases to resurge. I've been pretty clear about what I think of Dr. Wakefield, and now you can see what Penn thinks, too, on his new online show Penn Point: [Warning: It's Penn, so duh, it's NSFW.] Penn -- the father of two cute, precocious kids, I'll note -- was gracious in mentioning one of my own blog posts eviscerating Wakefield, and there are plenty of others, too. I'm glad Penn's putting his weight behind this as well. On his show, on stage, and online, he's been loud and clear on his stance about "alternative" medicines, and his reach is long. I hope any parents even thinking of not vaccinating watch this video. You might save your own kid's life, and the lives of many others. I can't think of a better message for Father's Day, in fact.