Having your nose in a book is the perfect way to kick off a new year. You also won't want to miss another editor's pick for the month: a podcast with fresh insights on climate change. 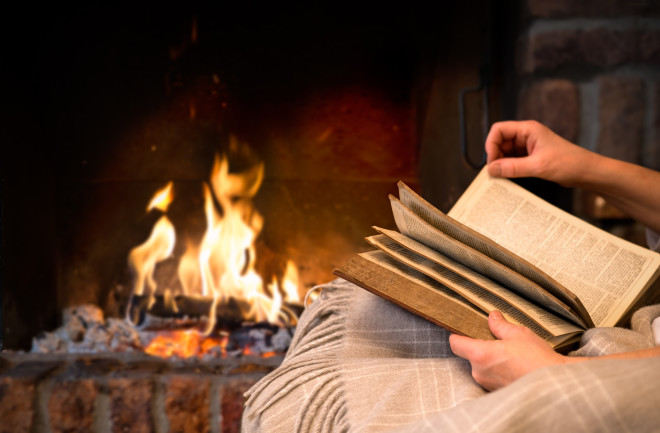 This article appeared in Discover’s annual state of science issue as “What We’re Reading.” Support our science journalism by becoming a subscriber.

The Doctors Blackwell: How Two Pioneering Sisters Brought Medicine to Women — and Women to Medicine

The most important people in history aren’t always picture-perfect, flawless heroes. Take Elizabeth and Emily Blackwell, for example — the first women in the U.S. to receive medical degrees. They wrote descriptively about their squeamishness and disgust of sick people. Or, consider the fact that neither sister thought of themselves as radical, despite becoming pioneers for women’s equality in a time when such a topic was still taboo.

Nonetheless, sometimes these imperfect people laid the groundwork for monumental societal change. The Blackwell sisters, who in 1857 opened the first women-run hospital in New York City, set forth a precedent for health care that would transform a traditionally male-focused practice.

Nimura shocks and enthralls with her blunt, vivid storytelling. She draws on the writings of Elizabeth and Emily in an intimate way that makes it feel like she knew the sisters personally. Alongside glaring descriptions of culturally ingrained sexism and discrimination, the biography also touches on how our standards of medicine have changed over the decades, showing how even the most scientific of professions are subject to major culture shifts.

Drug Use for Grown-Ups: Chasing Liberty in the Land of Fear

I grew up in the suburban world of D.A.R.E. programs and alarmist anti-drug PSAs, so I approached this book with knee-jerk skepticism. Won’t illicit drugs, save for marijuana, almost always lead to addiction? Aren’t most controlled substances inherently dangerous? But Hart, a neuroscientist who specializes in drugs and addiction, met my ignorance with a series of thought-provoking arguments that led me to better understand why I feel so averse to drug use. Through his own experiences and research, he makes a compelling case for revising our mindsets about taboo substances, and the people who use them.

By Beth A. Bechky

Before forensic evidence lands in a courtroom, scientists working behind the scenes have an important job to do: Determine the facts, based on the raw evidence coming from a crime scene. Whether it’s DNA analysis, firearms examination or toxicology, the work is often mundane, highly technical and misunderstood by the public. Through her personal experiences over 18 months observing forensic scientists in a metropolitan crime lab, sociologist Bechky introduces readers to the intricacies of a high-stakes job that can change the outcome of some of the most important court cases.

How to Save a Planet

By Gimlet Media and Spotify

I know what you’re thinking: Another podcast about how climate change will destroy the Earth? But instead of doom and gloom, hosts Ayana Elizabeth Johnson and Alex Blumberg take a solutions-based approach to the monolithic threat of a warming planet. Launched in August, the pod highlights a problem area or industry in each episode, zooming in on the people already working on climate issues. The hosts’ in-depth research peels back the mask on climate change and makes you curious — and, on good days, hopeful for the future.