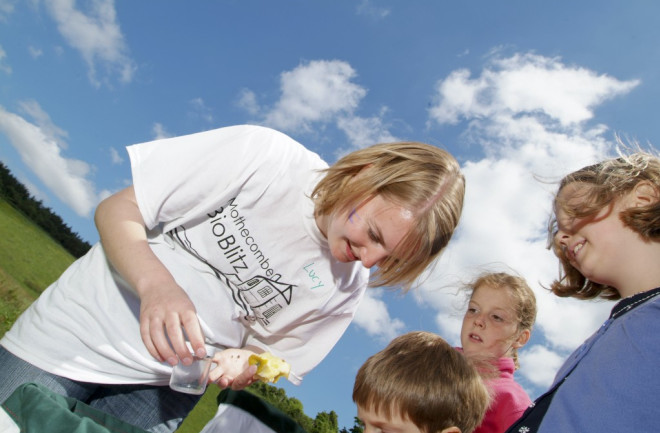 Image Credit: Lucy Robinson, Orchid Observers by Russ Campbell Orchids have long held an enigmatic mystique. Perhaps their origins as tropical and subtropical plants found in exotic locales and an early lack of understanding of how they survive have contributed to their status. By the 19th century, orchids were a status of the British well-to-do. The famed voyager and scientist Charles Darwin was also obsessed with orchids. After the publication of his famous book, On the Origin of Species, Darwin devoted much of his time to exploring the connecting between the orchid and its ecosystem. Now, you don’t need to be Charles Darwin to help contribute to the science of orchids and their environment. The Orchid Observers, a citizen science project based out of Natural History Museum in London, is asking plant aficionados armed with their smart phones and a careful tread to provide data back to the museum so researchers can study the impact of climate change on flowering time of UK's orchids. I interviewed Lucy Robinson, the citizen science programme manager at the museum, by email to elaborate on The Orchid Observers.Russ Campbell: What do you hope to accomplish with this project?Lucy Robinson: We have two aims. One is to get a 180-year time series of flowering dates for 29 species of orchid, so we can map these against climate variables such as the Central England Temperature Record and to investigate how flowering dates may be affected by climate change. This was the main science question. It has been demonstrated that flowering time is affected by climate variables for one species of orchid - the early spider orchid - and we wanted to see if this was true for a wider selection of species. The second aim is to better understand the communities of citizen scientists who might take part in a project like this. The project was funded by the Arts and Humanities Research Council, whose interest lies in how expertise is shared, how novice and expert citizen scientists interact, and how 'outdoor' and online citizen scientists behave. We also want to know whether there is scope to encourage 'outdoor' citizen scientists to do transcriptions tasks online, and whether crowdsourcers could be encouraged to go outdoors to look for orchids. More details on the science behind the project can be found here. I’ve read that orchids are heavily dependent on their ecosystem so that the health of the orchid is directly tied to the health of the ecosystem? I’m very interested in this connection. Orchids rely entirely upon relationships with mycorrhizal fungi in the soil, which provide their seeds with the energy to grow and are associated with the orchid throughout its lifecycle. As such, orchids are reliant upon these fungi surviving in the ground where their seeds land. A brief introduction can be found here but there's lots more resources online that can be found with a simple Google search. There is also a series of interesting pollination strategies in orchids, some of which mimic insects. Many orchids have very specific requirements for growth in terms of soil type and acidity, light, moisture, mowing/grazing regime etc so they are very sensitive to environmental change.

Orchid (Image Credit: Fred Rumsey) How does one find an orchid to photograph? Are they protected in the UK? Orchids are fairly widespread across the UK, and some species are actually quite common. Some guides exist to highlight great sites to see them, such as the Wildlife Trusts ‘40 places to see orchids’ guide but we were interested in finding orchids in new locations as well. You can find instructions and an ID guide we created for the project here which tells you what habitat to look in for each species and shows a map of its distribution to help guide people to the right places where they are likely to find something. In the UK, under the Wildlife and Countryside Act 1981 all wild flowers are protected from uprooting, including orchids. Additionally, some have greater protection. The ID guide mentions the conservation status of the rarer orchids. Is there a guide that you recommend for people to identify orchids? In addition to the guide I mentioned above, the other book we recommend is the book “Orchids of Britain and Ireland: A Field and Site Guide” by Anne and Simon Harrap. Do you worry about the plants being in danger from collectors? What are the safeguards in place? We discussed this issue when we designed the survey, but felt that there was huge benefit to be gained by getting people looking for these beautiful flowers and contributing to research about them. It outweighed the risk that people might accidentally trample them or intentionally dig them up. We deliberately excluded very rare species from the project. The instruction sheet also includes a safe fieldwork section, which raises people's awareness to the issue of trampling.

Russ Campbell heads communication at the Burroughs Wellcome Fund, a private biomedical foundation located in Research Triangle Park, N.C. He is a volunteer with the Turtle Rescue Team, based out of the NC State University Veterinarian School. He is the cofounder of the Science Communicators of North Carolina (SCONC).