One Of The Greatest Stories Ever Told 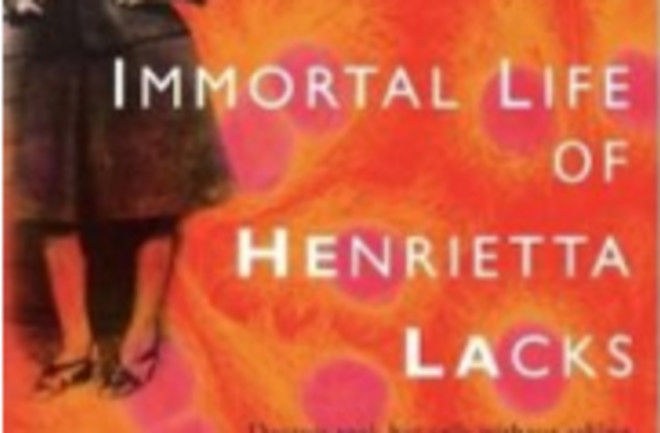 Last fall, I described a book I was highly anticipating called The Immortal Life of Henrietta Lacks by Rebecca Skloot. And unless you’ve been hiding under a rock somewhere, you’ve no doubt already read excerpts and phenomenal reviews, seen it covered on television, heard Rebecca on air, and watched it climb the New York Times bestseller list during these first weeks since publication. All of the praise is more than deserved, and I would add that the story of Henrietta Lacks, her family, the immortal HeLa cell line, and the many dimensions to the story that Rebecca does such an extraordinary job of reporting, may just be one of the greatest true stories ever told.

Henrietta’s life wasn’t easy. She lost her parents by the age of four and worked hard alongside her cousins on a tobacco farm while facing the challenge of growing up as an African American woman in the south. After marrying young and having five children, Henrietta died at age 31 from cervical cancer. But around the time of her diagnosis, cancer cells from her cervix—famously known around the world as HeLa cells—were taken from her tumor to be used in research without her knowledge or consent.

HeLa cells were the first living human cells to be successfully grown in culture. They were distributed to scientists around the world and led to the vaccine for polio and many other diseases. HeLa taught scientists about chromosomes and genetic diseases like Down syndrome. They were launched into space to observe how space travel would affect human cells. They were inundated with toxins to understand cell response to different substances. They led to advances such as in vitro fertilization and helped win many Nobel Prizes. Over time, HeLa cells were cultured and copied and shipped and sold so many times, it’s estimated combined they would weigh over 50 million metric tons (equal to at least 100 Empire State Buildings).

Henrietta’s family was not told any of this for years. Her children and husband did not hear how their mother’s cells revolutionized medicine over and over as they were tested by researchers for seemingly ambiguous reasons. For-profit companies made billions off Henrietta’s cells, while those she cared about most often couldn’t even afford healthcare.

The Immortal Life of Henrietta Lacks is about the life, death, and legacy of one of history’s most important individuals who all but lost her identity. Rebecca elegantly shares her true story which deals with science, ethics, and equality. The book spans nearly a century, and reflects the changing landscape of medicine, and the good, bad, and ugly side of research.

Most of all, it’s a human story that touches all of us. It’s beautiful, poignant, interdisciplinary, and should be required reading for every high school student.

I will have more to say about this wonderful book soon, but for now I leave readers with a single suggestion: Read it.