One Magnet to Bind Them All 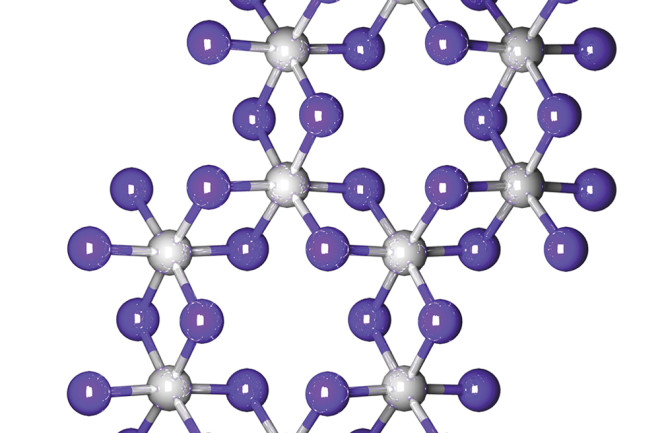 A frenzy for two-dimensional materials kicked off in 2004 with the creation of graphene — made from just a single layer, or monolayer, of carbon atoms. Researchers have since made monolayers of metals, semimetals, insulators and more, but magnetism was the final holdout. In June, Xiaodong Xu of the University of Washington published results of the first isolated monolayer magnet in Nature.

The new magnet, made of chromium triiodide (CrI3), has some curious properties, just like previous 2-D materials. A single layer of CrI3 crystals was magnetic, but two layers were not. Yet when a third layer was added, the magnetism reappeared. Future applications could use this quirk to switch between magnetic states in computers — difficult using current technology — to improve computer memory.

It’s unlikely CrI3 itself will end up in commercial devices. It reacts strongly with water and oxygen, evaporating within seconds of being exposed to air. But Xu has high hopes the discovery will lead to new fundamental physics. “What we’re really looking for is anything beyond what we can imagine,” he says. “I’m sure it’s there.”