Oh, Pepsi, What Hast Thou Wrought? 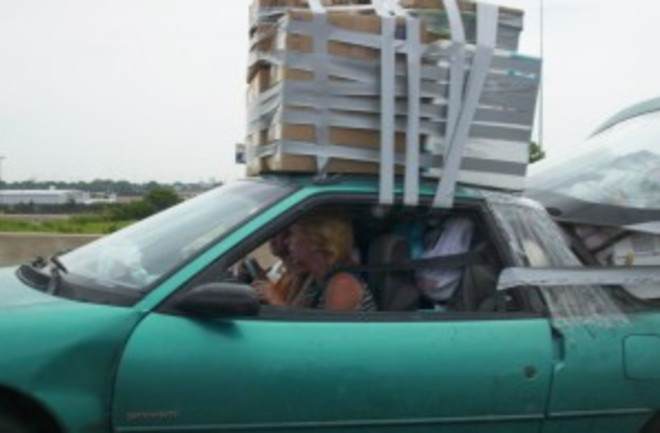 [Updated! See bottom of post.] As I continue to bake today, yearning for just a few minutes in Senator Inhofe's igloo, I've been keeping tabs on a saddening train wreck over at my old haunt, Scienceblogs. Before I brought the Loom to Discover, I blogged at Scienceblogs, which was hosted by the folks behind the now-defunct (?) Seed Magazine. There was a lot I enjoyed about that time, and I still keep tabs on a number of excellent bloggers still at Scienceblogs. Except that, as of today, a lot of them are no longer there. Here's the quick story: the powers that be at Scienceblogs thought it would be a good idea to sell Pepsi a blog of its own on the site, where its corporate scientists could tell the world about all the great nutrition science Pepsico is doing. Yes. Really. I'm totally sober as I type this. I first heard about this in a post by Peter Lipson, a doctor who writes a blog at SB. He offers a common reaction from a lot of the bloggers there: they don't like what Pepsi stands for, and they don't like Scienceblogs giving the company an opportunity to dole out their PR to readers alongside blogs that have built up their reputations for years, for the most part for very little pay. Here's a response, of sorts, in the form of an email sent to the bloggers after the story made its way all the way into the newspapers, from the editor, Adam Bly. Yes. Really. After. I swear, I am still sober. It's not an inspiring reply. For one thing, Bly tells us how hard it is these days to make journalism pay. Um, you don't have to tell bloggers that. For another, Bly seems to justify the Pepsi affair by saying Scienceblogs has hosted blogs from corporations before. Somehow that means this new situation is okay. I can't stop thinking of the line from As You Like It, "More villain thou." Even if you set aside the paradox of Pepsi telling us about eating right (Step 1: maybe put down that 10 liter bottle of Pepsi?), this just doesn't make editorial sense. If you want to sustain respect and trust in readers, you simply can't do this sort of thing. John Rennie and Paul Raeburn explain this Journalism 101 lesson. What I find particularly galling about this whole affair is that bloggers who don't want to associate themselves with this kind of nonsense have to go through the hassle of leaving Scienceblogs and setting up their blog elsewhere. The technical steps involved may be wonderfully easy now (export files, open account on Wordpress, import), but the social steps remain tedious. Take it from me, someone who has moved his blog three times over the past six years: your readers lose your trail, and it takes a long time for Google to start helping them. These folks did nothing to deserve this irritation. So let me do my small part here. Over the next couple weeks, I plan to build a list of bloggers who refused to drink the Kool Aid Pepsi who left [failed joke!] and tell you where to go to read them now. Please let me know about bloggers not yet on the list in the comment thread. And I will update my blog roll when I have a free minute. [Update: I'm trying to keep up with the exodus, but you may also want to cross-check with Skull in the Star's list.] BLOGGERS ON THE MOVE (UPDATED AS I GET NEWS):

[Note--On August 2, a bunch of bloggers from scienceblogs and elsewhere formed a new network called Scientopia. I've marked some of them below, but be sure to see the full list of Scientopia bloggers here.]

A Blog Around the Clock: Be sure to read his epic farewell. Adventures in Science and Ethics: On newly formed network, ScientopiaDeborah Blum. (There goes SB's Pulitzer, set to Tennyson...) Update: Now at PLoSCausabon's BookUpdate: She's back at Scienceblogs. David DobbsUpdate: Despite the end of Pepsiblog, Dobbs ain't coming back. Drug Monkey: Scientopia Eruptions: Now at Big Think (although not due to Pepsigate) Good Math/Bad Math: Mark Chu-Carroll is definitely leaving. Will post his destination soon. Update: On Scientopia. GrrlScientist Follow her at @grrlscientist. Update: On Scientopia. Update: Now at the Guardian. Highly Allochthonous:

On hiatus, trending towards escape

. Now here. Jonah Lehrer: Moving to Wired this summer (a plan that was in effect before Pepsi popped on the scene) Peter Lipson: In his farewell, he says he'll blog at Forbes and Science-based Medicine. Update: Home at last on Wordpress.Update on update: On Scientopia. Matthew Nisbet: Now at Big Think (although not due to Pepsigate) Obesity PanaceaNow at PLoS Primate Diaries: Gone.

Now at Primate Diaries in Exile. The Quantum PontiffQuestionable Authority Follow him @questauthority. Update: On ScientopiaScicuriousScience After Sunclipse Rebecca Skloot:

Now on his own site. Terra Sigilata: Goodbye. Hello.Thus Spake Zuska: Update--On Scientopia. Voltage Gate: On ScientopiaAlex Wild [Image: Wikipedia] UPDATE 7/8: While I was taking my daughter to swimming lessons this morning, news arrived that Scienceblogs has shut down the Pepsi blog. You can get the details from PZ Myers and Paul Raeburn. I'm curious if this will cause some people who simply put their blogs on hiatus to stick around at SB, or if some bloggers will even return from self-imposed exile. Or perhaps this was the last straw for some. Please tell your story in the comment thread, and I'll update this list as necessary.