Of Mice and Men and Medicines

Drugs that alleviate symptoms of mental illness in mice often produce human treatments. But their mental breakdowns look nothing like ours. 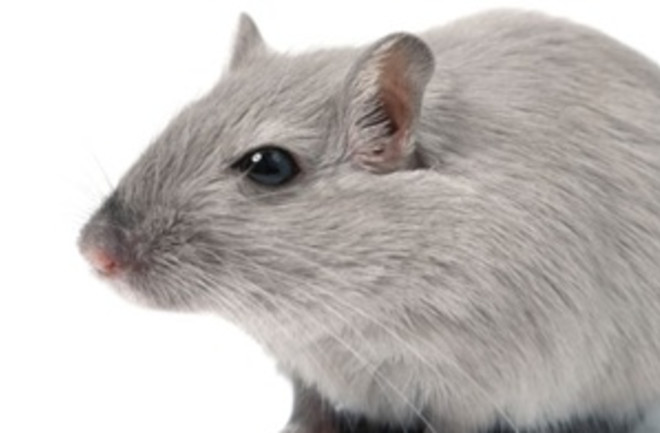 You won’t find more mentally ill mice per square mile anywhere than in Bar Harbor, Maine. Mice who seem anxious or depressed, autistic or schizophrenic—they congregate here. Mice who model learning disabilities or anorexia; mice who hop around as though your hyperactive nephew had contracted into a tiny fur ball; they are here too. Name an affliction of the human mind, and you can probably find its avatar on this sprucy, secluded island.

The imbalanced mice are kept under the strictest security, in locked wards at the Jackson Laboratory, a nonprofit biomedical facility internationally renowned for its specially bred deranged rodents. Every day trucks carry away boxes and boxes of them for distribution to psychiatric researchers across the nation.

There are no visiting hours, because strangers fluster the mice and might carry in contagious diseases. The animals are attended only by highly qualified caregivers, people like neuroscientist Elissa Chesler. Sitting in her airy Jackson Lab office, accessible to germy and perturbing strangers, Chesler clicks open a series of photographs from a type of mouse personality test on her computer screen. The first picture shows a mouse sleeping on a nestlet, a stiff, square bed of compressed cotton. Mice typically gnaw vigorously at the cotton, shredding it to make soft igloos for sleeping and staying warm. The second image shows a mouse that has propped his nestlet against a wall, forming a makeshift lean-to. “When I see this guy, I’m thinking anxiety,” says Chesler, whose research delves into the genetics of stress. “This design isn’t trapping a lot of heat, but he’s secure under there.”

She smiles as she clicks open the last photo. “And here we have the ‘I can’t deal with it’ mouse,” she says. The image shows a mouse asleep, with his rigid nestlet balanced on his back. Personality, Chesler maintains, can be read from these nestlet styles more clearly than from a test of forced swimming or bar pressing.

Chesler is the first to admit that diagnosing mental illness in a mouse is a murky enterprise. Mice rattle easily, and even the smallest disturbance in the lab can set off their nerves. That makes it difficult for a researcher to know whether an erratic behavior is the result of a mental illness or some unaccounted-for environmental stress. And that is why many researchers like Chesler have joined forces to develop more mouse-friendly measures of normal and abnormal behavior. Better tests, she maintains, would unobtrusively gather data while mice pursue their hobbies and interests. In other words, she believes, letting mice be mice may be the surest way to better mental health therapies for humans.

And we need better therapies. One in five Americans will suffer a major depressive episode in their lifetime. Twenty-eight percent will develop an anxiety disorder, such as post-traumatic stress, phobias, obsessions, or compulsions. Another 15 percent will fall prey to alcoholism or drug addiction. If you gather 100 people from any square mile on earth, odds are that one will have autism or schizophrenia.

Just about everything we know about drug treatments for psychiatric disorders we learned from mice, and yet no medication on the market today is perfect. Antidepressants often produce weight gain and libido loss and too often do not produce their intended effect. Anxiety drugs tend to make people sleepy. Schizophrenia medication makes people so fat and sluggish that they regularly quit taking it. Addiction and autism are virtually untreatable. There is tremendous room for improvement.

Although Jackson Lab probably stocks some 200 strains of mice with disordered personalities, the world still does not have enough—or good enough—crazy mice.

How the mouse became our avatar is part tradition, part biological accident. It was rats, traditionally, that pharmaceutical researchers relied on to test experimental drugs. Just as you can breed dogs to be slothful or sheep-crazed, you can create mentally ill rat strains by breeding for exaggerated personality traits—and you can do it fairly quickly, on pace with their reproduction. Once you have created a line of anxious rats, you can hunt for drugs that calm them. You can also examine their brains to look for structural or chemical differences.

Rats are small enough to be affordable but big enough to make their brains easy to dissect. And they are considered smarter than mice. You can swiftly teach a rat to solve a maze, for instance, and then test whether your new drug has a side effect of making rats forgetful.

The accidental part is that rats missed the knockout revolution of the late 1980s. Knockout technology allows researchers to silence, or knock out, individual genes. With mice, researchers can insert altered DNA in a mouse stem cell, insert the cell in a newly fertilized egg, and insert the egg in a surrogate mother. That egg might develop as a normal mouse or  a knockout. The offspring born with knocked-out genes are mated for a few generations to create a pure strain. Once the geneticists perfected these procedures, mice almost instantly assumed the lead role in modeling human mental malfunctions. A quirk of rat biology, however, has made this procedure nearly impossible until only recently.