Of Arsenic and Aliens 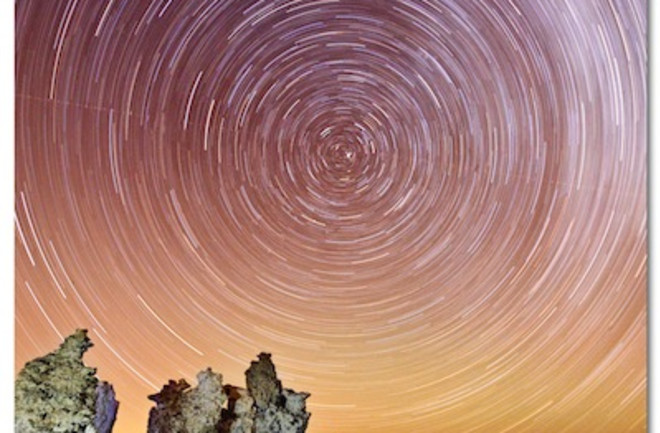 Rumors have been swirling this week about a press conference NASA is starting right now. Some people have speculated that they're going to announce evidence for life on another planet.

Well, not quite. Scientists have found a form of life that they claim bends the rules for life as we know it. But they didn't need to go to another planet to find it. They just had to go to California.

The search for alien life has long been plagued by a philosophical question: what is life? Why is this so vexing? Well, let's say that you're hunting for change under your couch so that your four-year-old son can buy an ice cream cone from a truck that's pulled up outside your house. Your son offers to help.

"It's..." You trail off, realizing that you're about to get into a full-blown discussion of economics with a sugar-crazed four-year-old. So, instead, you open up your hand and show him a penny, a nickel, a dime. "It's things like this."

"Oh--okay!" your son says. He digs away happily. The two of you find lots of interesting things--paper clips, doll shoes, some sort of cracker--which you set aside in a little pile. But you've only found seventeen cents in change when the ice cream truck pulls away. Tears ensue.

As you're tossing the pile of debris into the trash, you notice that there's a dollar bill in the mix.

"It's not change. Change is metal. That's paper."

Scientists have proposed hundreds of definitions for life, none of which has emerged as the winner. (For more on this quest, see "The Meaning of Life," a cover story I wrote for SEED.) NASA, which would like to find life elsewhere in the universe, has taken a very practical approach to the question, simply asking what sort of definition of life should would be the best guide for their search. Traditionally, they've put a priority on life as we know it. All life on Earth uses DNA or RNA to encode genes; all life on Earth uses the same basic genetic code to translate genes into proteins; all life uses water as a solvent. One reason that NASA has put so much emphasis on looking for life on Mars is that it's plausible that life as we know it might have existed on Mars back when the planet was warm and watery. And besides, how are we supposed to look for a form of life we've never seen before?

But in 2007 a National Academies of Science panel urged that we take a broader view of life, so that we wouldn't miss the dollar bill in the couch. Other kinds of life were at least imaginable--such as organisms that used different backbones for their genes, or perhaps might swim through liquid methane like fish swim in water. (Here's my write-up in the Times.) Some of the panelists--most notably, Steven Benner of the Foundation for Appllied Molecular Evolution--even endorsed a more radical notion. As I described in this feature for Discover, Benner and others speculate that maybe alien life is here on Earth.

A lot of evidence, for example, suggests that the first forms of life used RNA as both genes and enzymes. Later, double-stranded DNA evolved and DNA-based life wiped out RNA life. But perhaps RNA life still clings to existence in places where DNA-based life can't drive them extinct. Benner suggests tiny pores in rocks that would be too small for bacteria.

No one has found RNA life yet, nor have they found any all-natural alien on Earth. But as I point out in Microcosm, there are definitely aliens among us.

Or, rather, they are laboratory stocks of E. coli that scientists have transformed so that they use new genetic codes or even use new nucleotides, the "letters" of DNA. No life that we know of has ever lived this way.

NASA's press conference concerns another nearly-alien kind of life on our own planet. NASA has sponsored many expeditions to the toughest places on Earth for life to survive, from glaciers to deserts to acid-drenched mines. One of these expeditions was to Mono Lake, an extreme environment. It's very salty, very alkaline, and is steeped in arsenic. The "weird life" report singled out arsenic-based life as one topic worth investigating, so Felisa Wolfe-Simon of the NASA Astrobiology Institute and her colleagues isolated a strain of bacteria and brought it back to the lab to study its growth.

As I mentioned earlier, life as we know it uses DNA for its genes (except for some viruses that use RNA). DNA has a backbone made of two alternating units: sugar and phosphate. Phosphate is one phosphorus atom and four oxygen atoms. It just so happens that arsenic--despite being a poison--has a lot of chemical properties similar to phosophorus. In fact, one arsenic atom and four oxygen atoms combine to form a molecule called aresenate that behaves a lot like phosphate.

Wolfe-Simon and her colleagues reared the bacteria in their lab, initially feeding them a typical diet of essential nutrients, including phosphate. But then they gradually reduced the phosphate in their diet and replaced it with arsenate. Before long, as they report today in Science, the bacteria were growing nicely on an all-arsenate diet, without a speck of added phosphate. The scientists then probed the DNA of the bacteria and concluded that they were sticking the arsenate into the DNA in place of phosphate. Phosphate is also vital for other molecules, such as proteins, and the scientists found arsenate in them as well. In other words--arsenic-based life.

Or...maybe not. In Science, reporter Elizabeth Pennisi writes that some scientists are skeptical, seeing other explanations for the results. One possible alternative is that the bacteria are actually stuffing away the arsenic in shielded bubbles in huge amounts.

I got in touch with Benner, who also proved to be a skeptic. "I do not see any simple explanation for the reported results that is broadly consistent with other information well known to chemistry," he says. He pointed out that phosphate compounds are incredibly durable in water, but arsenate compounds fall apart quickly. It was possible that arsenate was being stabilized by yet another molecule, but that was just speculation. Benner didn't dismiss the experiment out of hand, though, saying that it would be straightforward to do more tests on the alleged arsenic-DNA molecules to see if that's what they really are. "The result will have sweeping consequences," he said.

If Wolfe-Simon can satisfy the critics, this will be research to watch. The Mono Lake bacteria probably don't actually exist in an arsenic-based form in nature, since they grow much faster on phosophorus. They're aliens, but aliens in the same way unnatural E. coli are, thanks to our intervention. But Wolfe-Simon's results suggest that life based on arsenic is at least possible. It might even exist naturally in places on Earth where arsenic levels are very high and phosphorus is very scarce.

Such a discovery would indeed be huge news--although not as huge as a similar discovery on another planet. For now, we will have to content ourselves with arsenic-laced dreams.

(PS: You should be able to watch the press conference live starting at 2pm Thursday 12/2 here.)

Reference: Wolfe-Simon et al, "A Bacterium That Can Grow by Using Arsenic Instead of Phosphorus" Science, 10.1126/science.1197258

[Image of Mono Lake by .Bala via Flickr, under Creative Commons License]

[Update: Fixed Wolfe-Simon's name. Now I am left with images of wolf salmon roaming in packs.]

[Update: Fellow Discover bloggers Ed Yong and Phil Plait are on the case, too.]

[Update: I've been adding in various corrections pointed out by astute readers. Importantly, the researchers raised the bacteria with no *added* phosphate. But the medium did have a little phosphate in it anyway. More about this on Monday!]

[Upate: Well, Monday became Tuesday, but better late than never: Here's my new article on the arsenic backlash at Slate.]