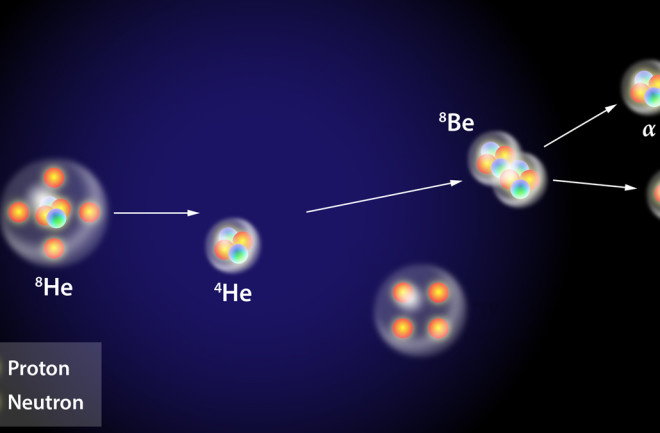 Physicists saw evidence that they’d produced an atom made up only of four neutrons, as illustrated here. | APS/Alan Stonebraker

In February, physicists revealed evidence of an atom made only of neutrons — something many thought impossible. Because matter is classified by how many protons it has, this is “element zero,” jokes Tomohiro Uesaka, who led the work at the Radioactive Isotope Beam Factory in Japan.

Since the ’60s, scientists have debated whether such a strange atom might exist. To find out, physicists produced helium atoms (normally two protons and two neutrons strong) with four extra neutrons, and fired a beam of the atoms at a target of liquid helium. They measured what came flying out the other side and calculated that groups of four neutrons had clustered together for a fraction of a second.

Currently, Uesaka’s team is designing experiments to solidify these strange atoms’ existence and better understand what holds them together. The unknown forces that briefly bound them could explain a larger mystery of the universe: how neutron stars, the incredibly dense remains of certain large stars, can pack matter together so tightly.