Northern Lights: Coming to a Sky Near You? 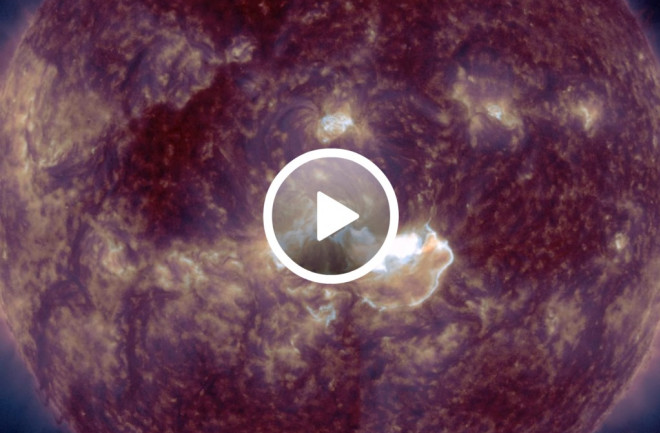 Aurora forecast. (Source: University of Alaska Geophysical Institute) It was associated with a huge eruption of material called a coronal mass ejection. Now, that material is racing toward Earth and is expected to trigger a strong geomagnetic storm — a disturbance to Earth's protective magnetic bubble called the magnetosphere. It's that kind of disturbance that triggers the Northern Lights. The University of Alaska's Geophysical Institute predicts that auroral activity will be high on Thursday:

The Denver Post is reporting that displays of the aurora could even reach where I live near Boulder, Colorado. "This is very rare, especially for as far south as Denver and Boulder," Joe Kunches, a forecaster with the federal Space Weather Prediction Center, told the Post. There are no guarantees, of course. Clouds could obscure the view, city lights could wash it out, the solar material could arrive earlier or later than forecast, affecting visibility, etc. For the latest updates on what might happen, check the Space Weather Prediction Center here. Happy viewing!