Nobody Knows Where This Big Raft of Pumice Came From 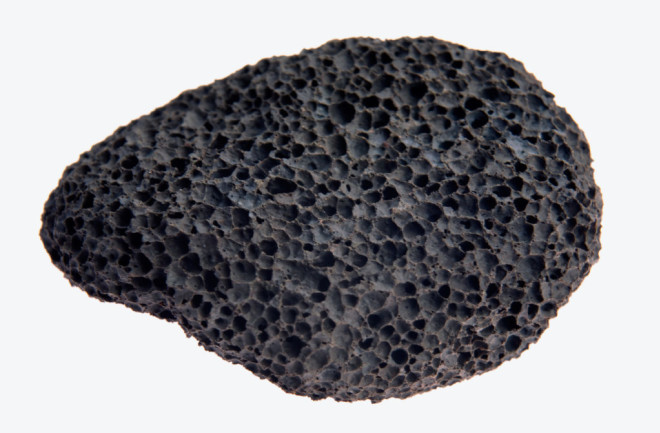 Getty Images Last week, a Royal New Zealand Air Force flight spotted a new pumice raft in the middle of the Pacific ocean to the west of Tonga. Pumice rafts are floating islands of pumice created during a submarine volcanic eruption and they can persist for months or longer. This raft was seen by aircraft and satellite in an area with no known volcanoes. However, from the looks of the raft, it might be a long way from home. The pumice is strung out in long streamers, suggesting it has been smeared and distorted by ocean currents and weather as the pumice floats along the ocean surface. UPDATE: A number of people have asked a good question: how big is this raft? Based on the satellite images, it could be tens of kilometers long, but very narrow (hundreds to tens of meters?). It is a little tricky to get a confident size because of the resolution of the images. This is, by no means, the first time an orphaned pumice raft has been spotted. Back in 2012, a pumice raft was seen by a research vessel in an area near the Kermadec Islands. With a little sleuthing using satellite images, Rob Simmon (Planet Labs) and I were able to trace the source of the eruption to a seamount called Havre (see below) that had no other known historical eruption. Now, with the Havre eruption, we may have gotten lucky, with a pumice raft that could be backtracked through the satellite image archive to a volcanic plume that broke the surface above Havre. The ultimate source of this current pumice raft appears to be a little more elusive. The GeoNet folks in New Zealand have tried to use the same technique to find where this pile of pumice originated, but so far have come up empty.

The pumice raft (tan) and eruption plume (white in bottom center-right) from the 2012 eruption of Havre in Tonga/Kermadec arc. This is an example of a pumice raft that was eventually traced to its source.NASA Earth Observatory I took a stab at it as well. The area where the pumice raft was spotted is bounded by volcanic arcs: Vanuatu to the north, Tonga to the east, Kermadec arc to the southeast. Ocean currents in the area would likely have pushed the pumice from the east to the west, so the source should be in the Tonga arc. I checked some potential suspects in the Tonga and Kermadec volcanoes---Havre, Home Reef, Monowai---but couldn't find any evidence for eruptive activity going back all the way to early October. Mind you, this is based on when it was clear enough to see the ocean surface and for a decent slice of that month-and-a-half, cloud cover obscured the target volcanoes. So, they could have been the source and we might never see the surface manifestation of the eruption. Or, the pumice might have been from a hitherto unknown (or underappreciated) submarine volcano in the Tonga arc, which makes finding the source especially challenging with so much ocean to cover. Ultimately, these pumice rafts disperse and wash up on distant shores, sometimes helping organisms colonize new territory. As a volcanologist, what do you do that this point? Well, you hope that someone can go scoop up some samples of the pumice spotted last week so you can analyze its composition. Then, that composition can be compared to known samples from some of these Tongan, Kermadec (and many Vanuatan?) volcanoes to possibly hope we can match the new pumice to a volcano. If that doesn't work, we might just have another rogue volcanic eruption with no known source, an event that isn't uncommon in the geologic record.