Researchers still struggle to fully explain the moon illusion, a mystery you can see with the naked eye as a full moon rises. 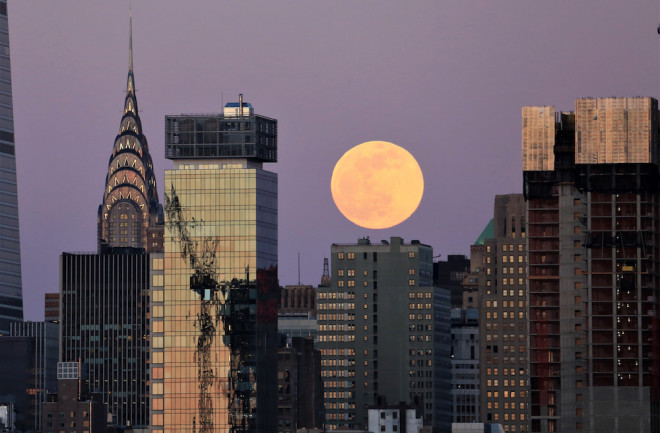 Have you ever looked at the nighttime horizon and gasped at the sight of a spectacularly large moonrise? Typically, if you glance up at the sky hours later, the moon will seem to have shrunk.

Dubbed the moon illusion, this phenomenon has been witnessed for thousands of years, a visual trickery that takes place all in the mind. And, even after so long, scientists still disagree on what exactly is happening in our brains. To test it, you can snap a picture of the rising moon on the horizon and compare it to an image taken later that night. The size will remain consistent, even if your eyes deceive in the moment. Similarly, during a supermoon, when the date of the full moon coincides with the point closest to Earth in the lunar orbit and the moon appears roughly 7 percent bigger, the naked eye can barely see the increase — even if you convince yourself otherwise.

One common explanation for the illusion is that when the moon is near the horizon, trees or buildings juxtaposed against the sky fool your brain into perceiving the moon as closer to Earth, and therefore extra big. But astronauts in orbit also witness the moon illusion without foreground objects, so this doesn’t quite solve the problem. While other hypotheses abound, the moon illusion still holds some intrigue for scientists — and anyone who takes the time to sit back and savor this lunar mystery.