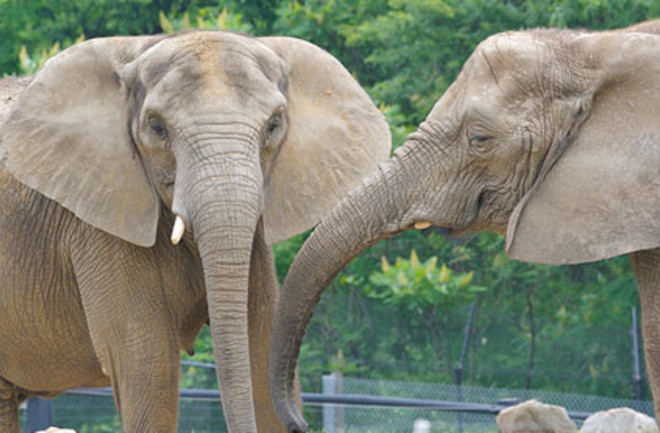 Coal ash: Two years after the coal ash spill in Roane County, Tennessee residents are still grappling with ash dust, housing buyouts, and potentially toxic water. The Tennessee Valley Authority, a government-owned corporation who runs the plant, claims the ash is non-toxic, while the EPA takes it's time deciding if it should be classified as hazardous waste. Wolves: Activist group Center For Biological Diversity is planning to sue the Department of the Interior if they don't expand wolf ranges in the lower 48. Some states in the Northern Rocky Mountains, where the population has made a comeback, have legalized hunting to protect their herds. Elephant genomes: New genetics data is showing that the African elephant is actually two species: the forest elephant is smaller than the savanna elephant and has a much smaller population. Dividing the "African elephant" into two species is going to be important to conservation of the forest elephant's habitat and save them from poachers. IceCube is Online: The IceCube Neutrino Detector, which has actually been collecting data since 2005 is finally complete as of December 18th, when scientists lowered the last of 5,160 sensors more than a mile beneath the ice of the Antarctic plateau. The detector will find neutrinos and give insight into supernovas and dark matter. More E.T. Science: Scientists have found "backwards" amino acids in a meteorite formed during an asteroid collision, which scientists have always thought organic compounds couldn't survive. The amino acids must have formed without water present, which researchers didn't know was possible, but it could be how amino acids ended up here in the first place. A New Ancestor?: Anthropologists have found a new type of human, called the Denisovians, in Siberia and Eurasia which are our distant cousins, related more closely to the Neanderthals than to Homo sapiens sapiens. They may have interbred with a small group of human ancestors in Melanesia (their DNA is about 5% Denisovian), though their DNA is not widespread in humans.