Stephen Wolfram, a controversial physicist and computer scientist, has united relativity, quantum mechanics and computational complexity in a single theory of everything. But will other physicists be convinced? 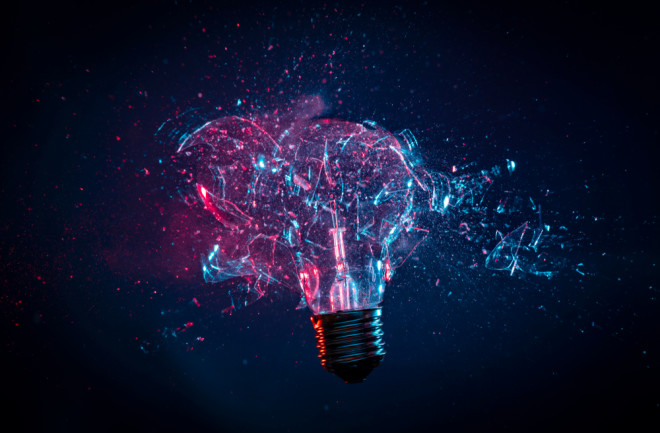 One of the goals of modern physics is to determine the underlying rules that govern our reality. Indeed, one of the wonders of the universe is that just a few rules seem to describe many aspects of our world. What’s more, scientists have found ways to combine these rules into simpler, more powerful ones.

That has tempted many thinkers to suggest there might be a single rule, or set of rules, from which all else emerges. This pursuit of a theory of everything has driven much of the thinking behind modern physics. We have built multibillion-dollar machines and observatories to test these ideas, generally with huge success.

Both theories almost perfectly explain the results of almost every experiment ever performed. And yet they are entirely at odds with each other. Numerous theorists have attempted a unification, but progress has been slow.

That sets the scene for the work of Stephen Wolfram, a physicist and computer scientist who has spent much of his career categorizing simple algorithms, called cellular automatons, and studying their properties. His main finding is that the simplest algorithms can produce huge complexity; some even generate randomness. And his main hypothesis is that the universe is governed by some subset of these algorithms.

A New Kind of Science

In 2002, he published his results in a weighty tome called A New Kind of Science, which garnered mixed reviews and generally failed to make the impact Wolfram seemingly hoped for. Now he’s back with another, similar idea and an even more ambitious claim.

Once again, Wolfram has studied the properties of simple algorithms; this time ones that are a little different to cellular automatons, but which he says are as minimal and structureless as possible. And, once again, he says that applying these simple algorithms repeatedly leads to models — toy universes, if you like — of huge complexity. But his new sensational claim is that the laws of physics emerge from this complexity, that they are an emergent property of these toy universes.

Wolfram, who works with a couple of collaborators, describes how relativity and space-time curvature are an emergent property in these universes. He then describes how quantum mechanics is an emergent property of these same universes, when they are studied in a different way. By this way of thinking, relativity and quantum mechanics are different sides of the same coin. He goes on to show how they are intimately connected with another, increasingly influential and important idea in modern physics: computational complexity.

So his new theory of everything is that three pillars of modern physics — relativity, quantum mechanics and computational complexity — are essentially the same thing viewed in different ways. “At this point I am certain that the basic framework we have is telling us fundamentally how physics works,” says Wolfram. It’s a jaw-dropping claim.

The first thing to acknowledge is that it is hard to develop any coherent theory that unites relativity with quantum mechanics. If it passes muster under peer review, it will be a tremendous achievement.

But there are also reasons to be cautious. First, it is not clear that Wolfram is submitting the work for formal peer review. If not, why not?

Second, the measure of any new theory is the testable predictions it makes that distinguish it from other theories. Numerous interesting ideas have fallen by the wayside because their predictions are the same as conventional or better-known theories.

Wolfram certainly says his approach leads to new predictions. “We’ve already got some good hints of bizarre new things that might be out there to look for,” he says.

But whether they are testable is another matter, since he leaves out the details of how this could be done. For example, his theory suggests there is an elementary length in the universe of about 10^-93 meters, which is much smaller than the Planck length 10^-35 m, currently thought of as the smallest possible length.

His theory also predicts that mass is quantized into units about 10^36 times smaller than the mass of an electron.

Another prediction is that particles like electrons are not elementary at all, but conglomerations of much simpler elements. By his calculations, an electron should be composed of about 10^35 of these elements.

But much simpler particles made of fewer elements should exist, too. He calls these oligons and because they ought to exert a gravitational force, Wolfram suggests they make up the dark matter that astronomers think fills our universe but can’t see.

Just how physicists can test these predictions isn’t clear. But perhaps it’s unfair to expect that level of detail at such an early stage. (Wolfram said he started working in earnest on this idea only in October of last year.)

One final point worth noting is Wolfram’s place in the physics community. He is an outsider. That shouldn’t matter, but it does.

A persistent criticism of A New Kind of Science was that it failed to adequately acknowledge the contributions of others working in the same field. This impression undoubtedly had a detrimental effect on the way Wolfram’s ideas were received and how they have spread.

Will things be different this time? Much will depend on his interactions with the community. Formal peer review would be a good start. Wolfram has made some effort to acknowledge useful discussions he has had with other physicists, and he includes a long list of references (although roughly a quarter are to his own work or to his company, Wolfram Research). In particular, Wolfram acknowledges the work of Roger Penrose on combinatorial space-time in the early 1970s, which anticipated Wolfram’s approach.

Like it or not, science is a social endeavor. Ideas spread through a network whose nodes are people. And if you’re not part of the community and actively flout its norms, then it should not be a surprise if your work is ignored or that collaborations do not flourish or that funding is hard to come by. And while theoretical work like Wolfram’s can flourish with minimal funding, experimental work cannot.

Wolfram’s work would certainly benefit from broad collaboration and development. Whether he will get it is in large part up to him.

Ref: A Class of Models with the Potential to Represent Fundamental Physics arxiv.org/abs/2004.08210 For an informal introduction: Finally We May Have a Path to the Fundamental Theory of Physics … and It’s Beautiful