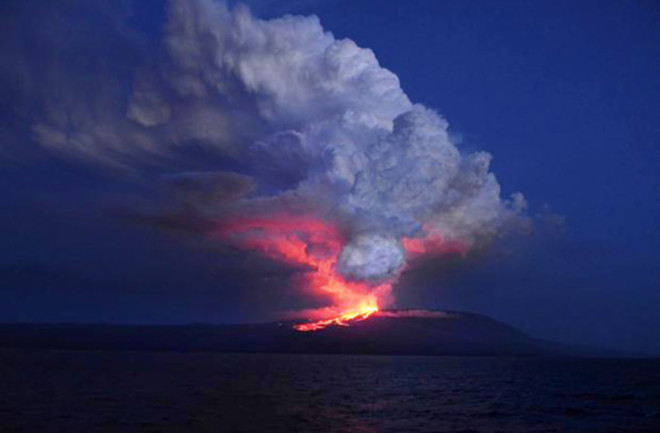 The May 25, 2015, eruption of Wolf in the Galapagos Islands. REUTERS/GALAPAGOS NATIONAL PARK/DIEGO PAREDESUPDATE 11 am EDT: Here's the Washington VAAC report on the volcanic plume from eruption. UPDATE 12 pm EDT: The IG-EPN released an information statement on the eruption. Some highlights:

It is hard to get a sense of scale on this image, but you can clearly see the curtain of fire from the fissure along with a number of long lava flows as well. Eruptions from Wolf tend to last about a month, but this new eruption is occurring in an are that appears to have no threat to people or wildlife in/around Isabela. I'll try to update this post as more details emerge.