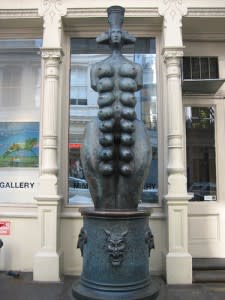 This ambitious study set out to answer the question "Why do men like big boobs?" The researchers' hypothesis is that big breasts signal access to resources, such as food and money, which they test using a set of animated women with various boob sizes (see Figure 1), some rich and poor Malaysians, and British college students entering and exiting their school cafeteria. The results? Read on to find out...Resource Security Impacts Men’s Female Breast Size Preferences "It has been suggested human female breast size may act as signal of fat reserves, which in turn indicates access to resources. Based on this perspective, two studies were conducted to test the hypothesis that men experiencing relative resource insecurity should perceive larger breast size as more physically attractive than men experiencing resource security. In Study 1, 266 men from three sites in Malaysia varying in relative socioeconomic status (high to low) rated a series of animated figures varying in breast size for physical attractiveness. Results showed that men from the low socioeconomic context rated larger breasts as more attractive than did men from the medium socioeconomic context, who in turn perceived larger breasts as attractive than men from a high socioeconomic context. Study 2 compared the breast size judgements of 66 hungry versus 58 satiated men within the same environmental context in Britain. Results showed that hungry men rated larger breasts as significantly more attractive than satiated men. Taken together, these studies provide evidence that resource security impacts upon men’s attractiveness ratings based on women’s breast size." Bonus figure from the main text: 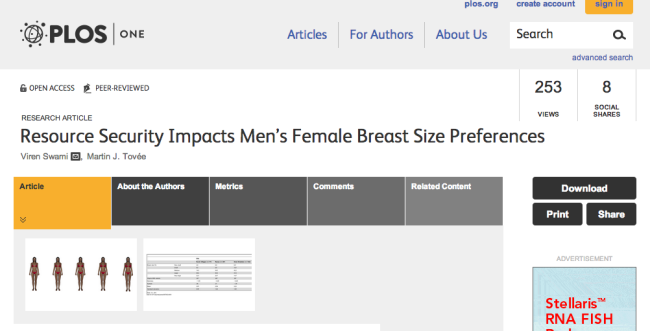