NCBI ROFL: When the mafia does science. 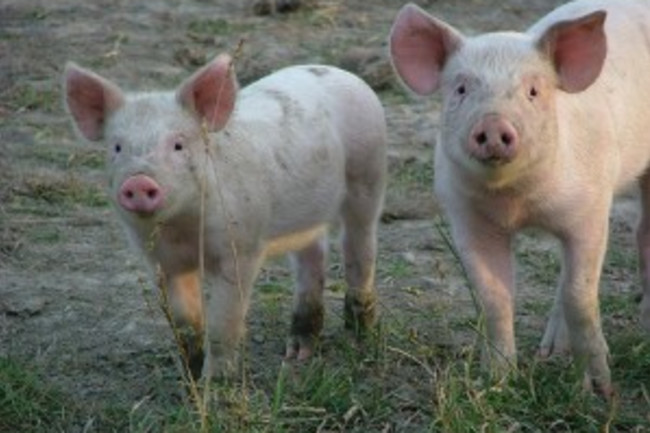 Photo: flickr/A.SparrowWhat happens to a body buried in cement? How long does it take to decompose? In this study, the (Italian) scientists set out to answer these questions using (what else? ) piglet corpses. Don't worry, the authors assure us that they died of "natural causes"...

Burial of piglet carcasses in cement: a study of macroscopic and microscopic alterations on an animal model. "Scarce experimental data exist describing postmortem effects of burial in cement. The scanty literature presents several case reports, but no experimental study. To perform a pilot study, the following experimental system was designed: 4 piglet corpses, who died of natural causes, were encased in concrete. After 1, 2, 3, and 6 months, a block was opened, and autopsy and microscopic analyses were performed. At the first month, initial putrefaction had started, and hindlegs were partly skeletonized. At the second month, both forelegs and hindlegs were partly skeletonized, and the abdomen and back showed advanced putrefaction. At the third month, the samples showed areas of mummification at the abdomen within a general context of initial putrefaction. At the sixth month, the sample showed wide adipocere formation. Histological findings revealed in some analyzed tissues (epithelium, dermis, adipose, and subcutaneous muscular tissues) a well-defined histological pattern even at 3 months after encasement in concrete: this means that microscopic changes may be delayed in concrete and that it may be worth performing histological analyses even in such kind of decomposed material." 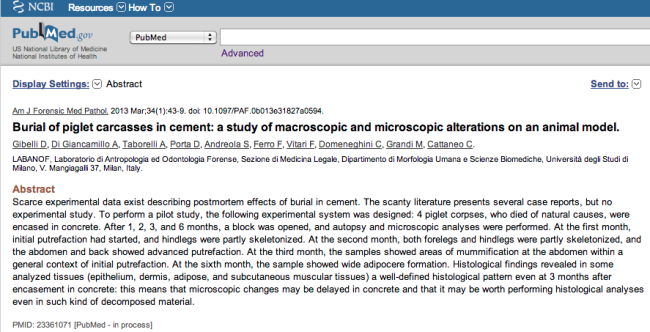