NCBI ROFL: What does bed bug sex smell like? 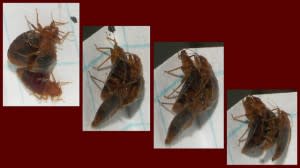 Real-Time Measurement of Volatile Chemicals Released by Bed Bugs during Mating Activities "In recent years, bed bug (Hemiptera: Cimicidae) problems have increased dramatically in many parts of the world, leading to a renewed interest in their chemical ecology. Most studies of bed bug semiochemicals have been based on the collection of volatiles over a period of time followed by chemical analysis. Here we present for the first time, a combination of proton transfer reaction mass spectrometry and video analysis for real-time measurement of semiochemicals emitted by isolated groups of bed bugs during specific behavioural activities. The most distinct peaks in the proton transfer reaction mass spectrometry recordings were always observed close to the termination of mating attempts, corresponding to the defensive emissions that bed bugs have been suspected to exploit for prevention of unwanted copulations. The main components of these emissions were (E)-2-hexenal and (E)-2-octenal recorded in ratios between 1:3 and 3:1. In the current study, the quantity varied over 1000 fold for both of the compounds with up to 40 µg total release in a single emission. Males also emit defensive compounds due to homosexual copulation attempts by other males, and no significant differences were observed in the ratio or the amount of the two components released from males or females. In summary, this study has demonstrated that combining proton-transfer-reaction mass spectrometry with video analysis can provide detailed information about semiochemicals emitted during specific behavioural activities." 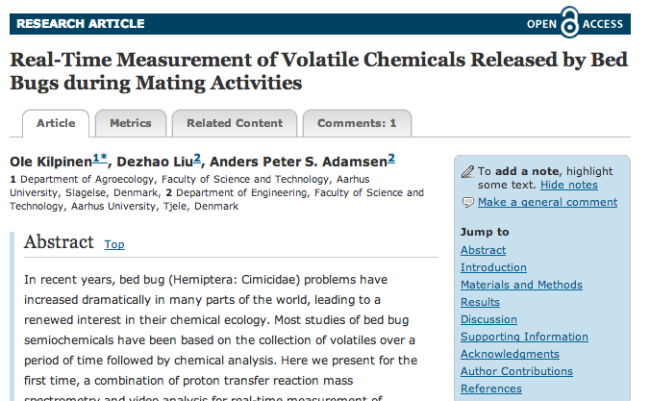